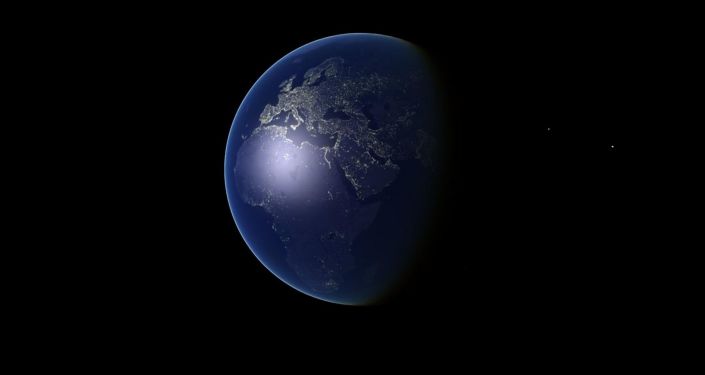 A new study offers insight into the development of the solid metal inner core of our planet.

According to an article published on The Conversation, Earth’s solid core, which started to crystallise when the temperature at the planet’s centre dropped “below the melting point of iron at extreme pressures,” keeps growing by about 1mm in radius per year.

The article’s authors, who apparently weren’t involved in the research in question, have compared this “uneven growth” to the process of making an ice cream in a freezer “that’s only working on one side,” when ice crystals forming only on the side of the product “where the cooling is effective.”

“In the Earth, the uneven growth is caused by the rest of the planet sucking heat more quickly from some parts of the inner core than others,” they explain. “But unlike the ice cream, the solid inner core is subject to gravitational forces which distribute the new growth evenly through a process of creeping interior flow, which maintains the inner core’s spherical shape.”

The study also provides rough estimates of the inner’s core age, placing it between 500 million and 1,500 million years old.

But while the study “presents a powerful new model of the inner core,” a “number of physical assumptions” made by the authors of that work “would have to be true for this to be correct,” The Conversation article warns.