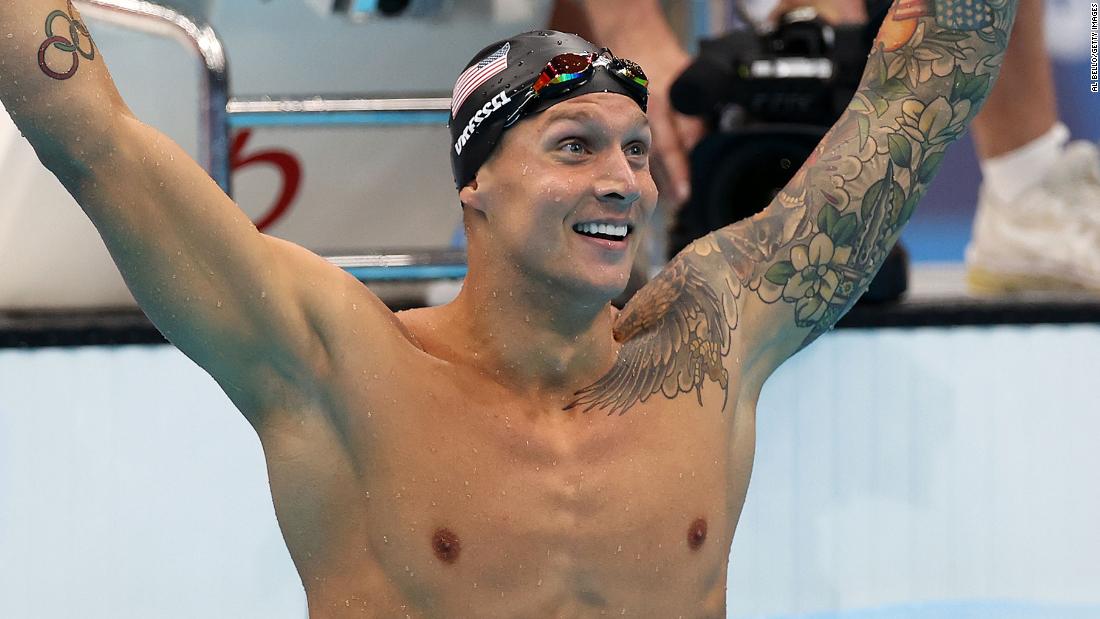 Caeleb Dressel has won the men’s 100 meter freestyle final with a time of 47.02 seconds, an Olympic record.

“I wouldn’t have changed a thing about that race,” Dressel said. “I stuck to my race plan… that’s what I had in that moment and I executed it.”

“It is different. I didn’t want to admit it but now that I did it, I can. It’s a lot different – you can’t rely on anyone else,” Dressel said about his first individual gold medal. “It’s just you and the water, there’s no one there to bail you out. It’s tough.”

Australia’s Kyle Chalmers earned the silver medal with a time of 47.08, while Russian Kliment Kolesnikov won bronze in 47.44.

Dressel followed other Olympic stars, such as US gymnast Simone Biles, in also speaking up about the difficulties faced by athletes.

“I don’t know if it’s set in yet,” he said after his win. “Right now, I’m just kinda hurting. But it’s been a really tough year. It’s really hard. So to have the results show up — it really came together. So I’m happy,” he said.

Biles stepped away from a dramatic team competition on Tuesday, citing mental heath concerns as she attempts to protect “her body and mind.”

“Whenever you get in a high-stress situation, you kind of freak out,” Biles told reporters on Tuesday. “I have to focus on my mental health and not jeopardize my health and well-being.

“It just sucks when you’re fighting with your own head.”

Missing fisherman found alive after 17 nights in the Oregon wilderness