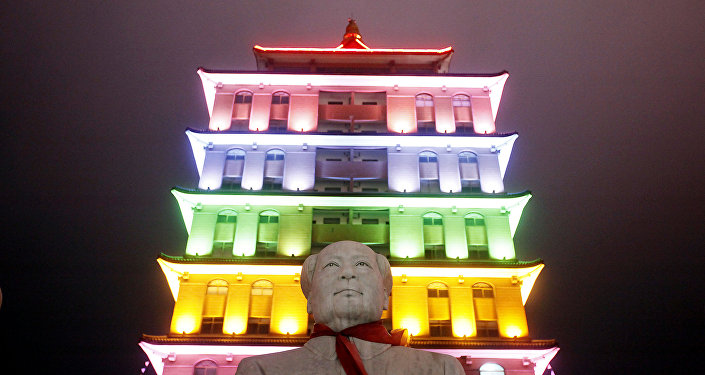 “In general, I think and you are seeing it now, we are mindful not to try and overly politicise the Olympics”, Raab told Sky News broadcaster.

The Foreign Minister admitted, however, that there are “great sensitivity around Xinjiang and things like that,” so the UK government will decide in due course the level of political and diplomatic representation at the 2022 Winter Olympic Games.

FABRICE COFFRINI
This photograph taken on June 23, 2021 shows a placard representing barber wire shaping and Olympics Rings are seen next to a sign of the Olympics Museum during a protest organised by Tibetan and Uyghur activists against Beijing 2022 Winter Olympics, in Lausanne as some 200 participants took part to the protest.

Asked if he would be in the UK official delegation, Raab said that it was “very unlikely” that he would go.

Last week, UK lawmakers passed a non-binding motion calling for the government to stage a diplomatic boycott of the Beijing Winter Olympics scheduled for February next year, over alleged abuses by the Chinese government against the Uighur Muslims in Xinjiang.

Earlier, UK Prime Minister Boris Johnson had said that he would not support a boycott of the international event, arguing he has “instinctively” always been against sporting boycotts.