Tsunami warning in effect for parts of Alaskan coast after an 8.2 quake 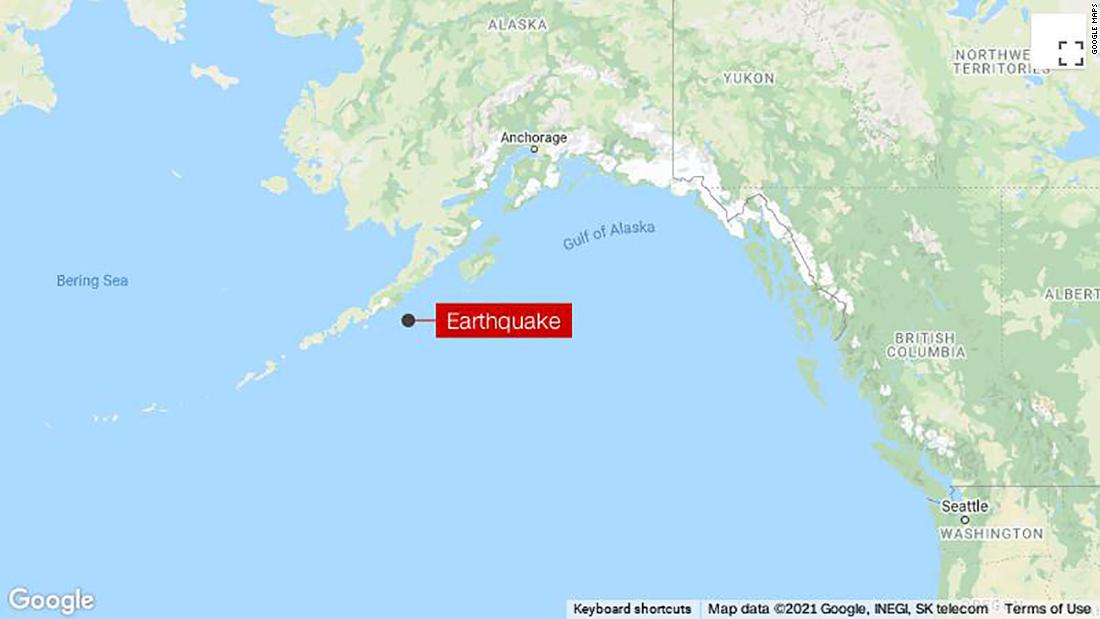 Parts of Alaska are under tsunami warnings after a 8.2 magnitude earthquake struck off the coast, according to preliminary data from the US Geological Survey.

At 29 miles deep (46.7 km), the earthquake is considered shallow. Shallow earthquakes are between 0 and 70 km in depth.

There have been at least two strong aftershocks, including a preliminary magnitude 6.2 and magnitude 5.6, the USGS reports.

A tsunami warning has been issued for portions the the state, according to the U.S. National Tsunami Warning Center.

They include South Alaska and the Alaska Peninsula, from Hinchinbrook Entrance, (90 miles east of Seward) to Unimak Pass, and for the Aleutian Islands, from Unimak Pass (80 miles northeast of Unalaska), to Samalga Pass, Alaska, which is 30 miles southwest of Nikolski.

Police in Kodiak, the largest town on the island of Kodiak, advised residents to move to high ground, adding that the high school was open as an evacuation location.

A tsunami watch has been issued for Hawaii, according to the National Weather Service Pacific Tsunami Warning Center.

The level of tsunami danger is being evaluated for other US and Canadian Pacific coasts in North America, according to the NWS.

This is a developing story and will be updated.

Florence Pugh responds to criticism over relationship with Zach Braff

Analysis: The huge Democratic bet on ‘bricks and butter’