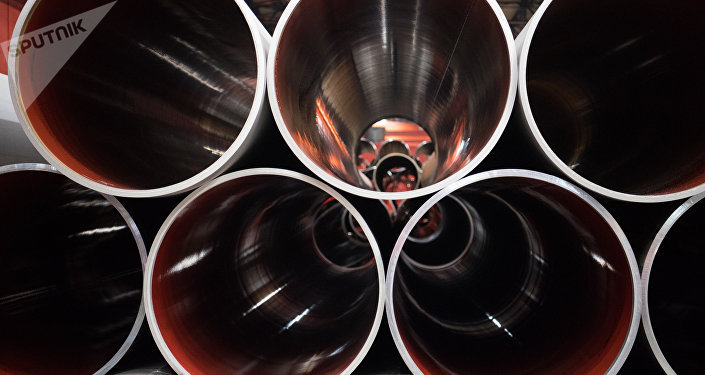 The Senate Republicans’ latest threat to block two Treasury nominees unless the Biden administration changes its stance on the Nord Stream 2 gas pipeline project is “political manoeuvring”, says Dr Mamdouh G. Salameh, one of the world’s leading experts on oil.

Salameh, who is also a visiting professor of energy economics at the ESCP Europe Business School in London, argued that whether the GOP Senators “succeed or not is irrelevant to Nord Stream since it is [a] fait accompli”.

“No amount of political manoeuvring or extra new sanctions could derail the pipeline. It is unstoppable. Russia under the inspired leadership of President [Vladimir] Putin [has] flourished against the most atrocious and intrusive US sanctions since 2014 and I am absolutely sure that Nord Stream 2 will soon be supplying badly needed Russian gas supplies to Germany and the European Union (EU)”, the expert stressed.

He referred to “the overwhelming majority of Europeans and the whole world” who know that Washington’s opposition to Nord Stream 2 “has very little to do with the EU’s energy security”. According to Salameh, this opposition has “everything to do with US self-interest of selling LNG [liquefied natural gas] to the EU”, despite the fact that “US LNG can’t compete with the cheaper Russian piped gas”.

The professor was echoed by Francis Perrin, senior fellow at the Policy Center for the New South in Rabat and at the French Institute for International and Strategic Affairs based in Paris.

The expert insisted that “it is very unlikely that the obstacles to these two nominations at the Treasury Department will have a significant impact on the Nord Stream 2 gasline project”.

He explained that first and foremost, the project is “almost completed and it is now too late to stop it”. Secondly, the US and Germany recently clinched a deal on Nord Stream 2 “and the Biden administration intends to apply it, which means that it will not actively oppose the completion of the gasline even if it thinks that it is a bad project”.

Last but not least, the Biden administration is seeking to prioritise the strengthening of its “relationship with Germany and with its European allies after the stormy mandate of Donald Trump and the concession made to Berlin on Nord Stream 2”, according to Perrin.

He spoke after 12 Republicans claimed in a letter to Treasury Secretary Janet Yellen that the Nord Stream 2 project “directly harms the national security interests of the United States and our allies and partners”. They threatened to block two Treasury nominees if the Biden administration fails “to reverse course on Nord Stream 2 and join us in Congress’ long-standing defence of European allies and partners from malign Russian aggression”.

This followed Germany and the US signing a bilateral agreement last week to permit the unhindered completion of Nord Stream 2. Under the deal, Washington committed to refraining from sanctions against the gas project, while Germany pledged to “utilise all available leverage to facilitate an extension of up to 10 years to Ukraine’s gas transit agreement with Russia”.

The Biden administration earlier scrapped sanctions against the project, saying that the restrictive measures would not work and that Washington wants to avoid alienating Berlin. Russia has, for its part, repeatedly warned against politicising Nord Stream 2, describing it as a purely economic project.

Netflix Reportedly Down Across the UK