Chinese officials and Taliban meet in Tianjin as US exits Afghanistan 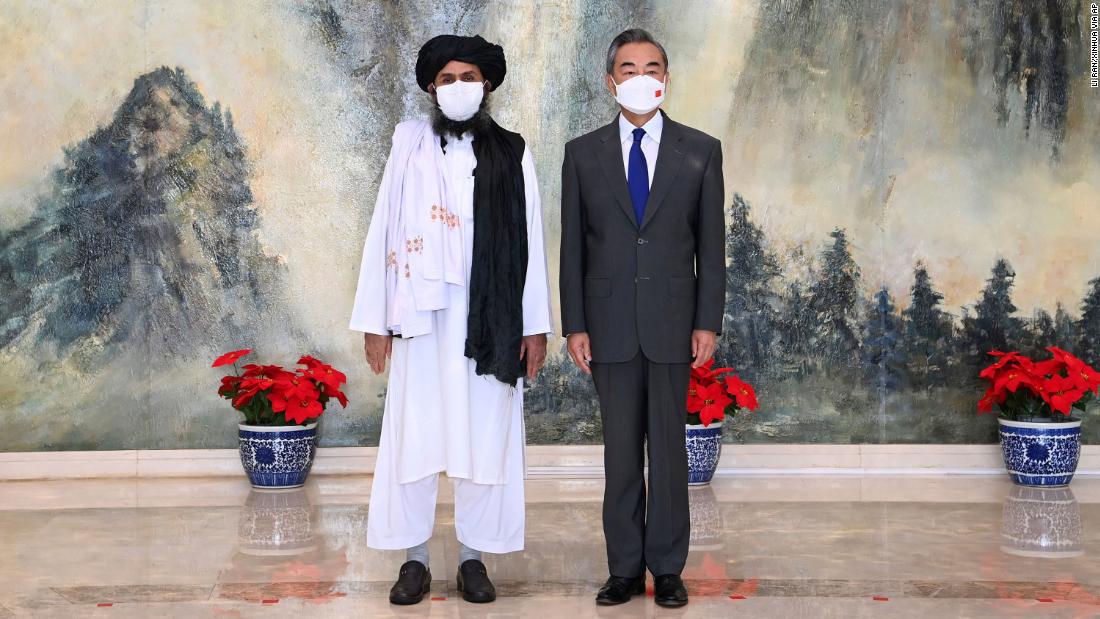 China’s Foreign Minister met with senior leaders of the Taliban in the northern Chinese city of Tianjin on Wednesday in the latest sign of warming ties between Beijing and the resurgent Islamist group.

During a meeting with Taliban’s co-founder Mullah Abdul Ghani Baradar, who heads the group’s political committee, Chinese Foreign Minister Wang Yi described the Taliban as an important military and political force in Afghanistan, and that he expected the Taliban to play an important role in the country’s “peace, reconciliation and reconstruction process,” according to China’s Foreign Ministry.

Following the withdrawal of American troops from Afghanistan, the Taliban has rapidly expanded its presence – and now controls large swathes of country. The speed at which Afghan security forces have lost control to the Taliban has shocked many, and led to concerns the capital Kabul could be next to fall. All foreign forces are expected to leave Afghanistan by August 31.

Wednesday’s meeting, which was also attended by the heads of the Taliban’s religious and publicity committees, is the latest move by the Chinese government to strengthen its relationship with the Islamist group.

Beijing has invested heavily in Central Asia in recent years through its Belt and Road trade and infrastructure scheme, and China’s Foreign Ministry has previously discussed the possibility of extending the China-Pakistan Economic Corridor (CPEC) into Afghanistan.

During Wednesday’s meeting, Wang referred to Afghanistan as China’s largest neighbor, and emphasized the fate of the country should be “in the hands of the Afghan people.”

Wang said the withdrawal of American and NATO troops from Afghanistan under US President Joe Biden marked the “failure of the US’ policy towards Afghanistan,” as well as an opportunity for the country to stabilize and develop.

For its part, the Islamist group told the Hong Kong-based South China Morning Post in early July that it considered China a “welcome friend.”

Wang also mentioned the East Turkestan Islamic Movement (ETIM) which he called an “international terrorist organization,” and said the Taliban should “completely sever all ties” with the group to promote regional stability.

The Chinese government has regularly accused the ETIM of planning and undertaking terrorist attacks in Xinjiang, accusations it has used to justify its widespread crackdown in the Western region.

Speaking in India on Wednesday, US Secretary of State Antony Blinken said both Washington and New Delhi had a “strong interest in a peaceful, secure and stable Afghanistan” and described the Taliban’s military advances as “deeply troubling.”

Blinken added that the US and its partners would continue to work together to “sustain the gains of the Afghan people and support regional stability after the withdrawal of coalition forces from the country.”

Prosecutors want to include alleged evidence of bribes and recordings of threats in R. Kelly trial