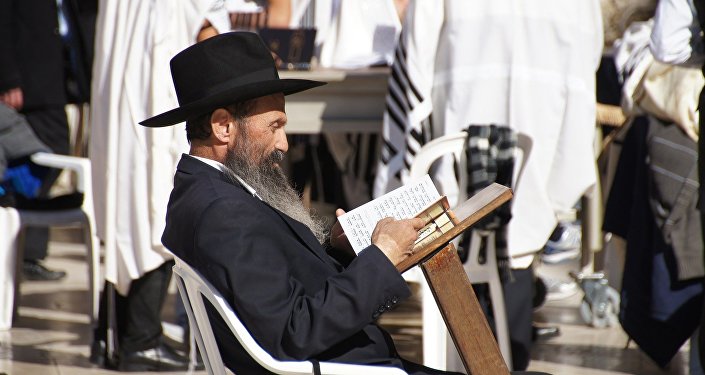 Violence against the Jewish community in London has reached a “worrying” level since the escalation of the Israeli-Palestinian conflict this spring, the Metropolitan Police have revealed.

The Met referred to at least 87 such incidents in May, about four times higher than any other month over the past three years.

The incidents included 39 involving male victims, while 43 episodes targeted women, according to the Met’s figures. In one of the incidents, the police recorded rocks being thrown at a Jewish home in the UK capital. In a separate episode, the word “Hitler” was written on the ceiling of a communal block of flats in London.

The police described the incidents as “deplorable abuse”, saying in a statement that “hate crime comes in many different forms and strikes at the heart of communities”.

“We know there is public concern about increases in various forms of hate crime in response to events across the globe, especially over the last 18 months. Most recently we have seen incidents of anti-Semitism within the capital which have understandably caused considerable concern within our Jewish communities”, the statement said.

The Met warned that “behaviour of this kind and abuse against any individual or group has no place” in London and that the police “will not tolerate it and will act quickly and robustly in response to all reported crimes of this nature”.

They were echoed by Chaim Hochhauser from the local watchdog group Shomrim, who told the news agency PA that “usually when it flares up in Israel, it flares up here locally”, in a reference to the Gaza conflict.

“In May we had the Gaza war in Israel, so that is why it has flared up in England. During May, the Jewish community in Hackney were the target of many racially motivated attacks. One of these hate crimes saw targeted over 30 Jewish-owned vehicles whose tyres were slashed, this was pure hate crime as only the Jewish cars were targeted”, Hochhauser noted.

The latest round of hostilities between the Israel Defence Forces (IDF) and the Palestinian militant group Hamas in the Gaza Strip lasted for 11 days until an Egypt-brokered ceasefire was reached on 20 May.

The conflict followed days of violent clashes between the Arab population and the Israeli police in East Jerusalem over an Israeli court’s decision to evict several Palestinian families from a holy city neighbourhood.

During the standoff, Hamas militants launched several thousand rockets toward Israel, who retaliated by conducting missile strikes against Gaza. In Israel, 12 people were killed and over 50 were seriously wounded during the hostilities. The death toll among Palestinians in the Gaza Strip, Jerusalem, and the West Bank topped 270.