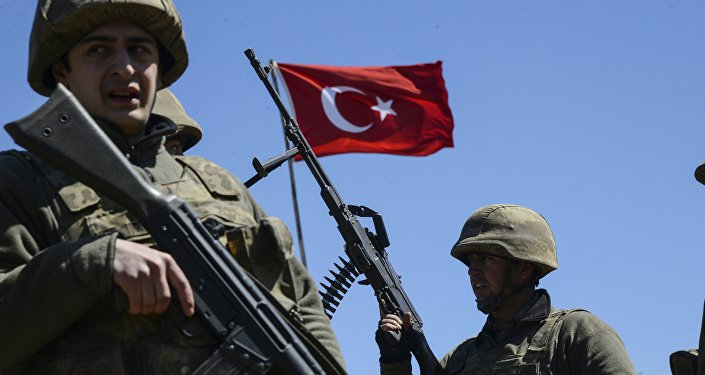 “The Turkish armed forces have been stationed in Afghanistan for 20 years, and for the past six years, they have been protecting and running the international airport in Kabul. We have stated our readiness to continue this mission after the withdrawal of NATO troops from Afghanistan […] As before, the Turkish military will not take part in combat operations other than self-defense,” Kara told reporters.

Turkey has offered to manage and guard the Kabul airport after NATO troops leave but asked for financial and logistical backing. Turkey and the United States have been discussing the arrangement, but no final decision has been reached yet. Meanwhile, Afghanistan said the country’s armed forces would be in charge of ensuring airport security.

Ankara continues its negotiations with NATO member states and other countries strictly with regards to its Kabul airport mission, the military official added.

Kara further noted that the worsening humanitarian situation in Afghanistan contributes to the growing number of migrants from Iran to Turkey.

“To prevent the influx of illegal migrants […] additional units of the Turkish Armed Forces have been deployed. Measures are being taken to prevent violations at the border,” the spokeswoman said.

Turkey is a transit hub for Afghan and Pakistani migrants, who illegally cross into the country from Iran to seek further refuge in Europe. The situation has deteriorated after the Taliban (a terror group, banned in Russia) intensified their offensive in Afghanistan following foreign troops’ withdrawal from the country.