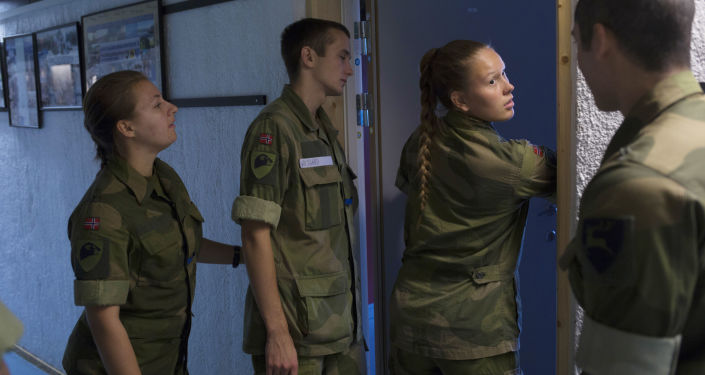 Never before have the Norwegian Armed Forces received so many female recruits. Of the 1,081 new recruits for the navy and air force, 46 percent, nearly half, are women. In the air force alone, 60 percent are female.

Norway introduced gender-neutral conscription in 2015, the first European nation to do so. Ever since, the percentage of women in the armed forces has risen steadily.

“It’s really good! Women in the military provide greater diversity. They have a lot of knowledge and experience, and a distribution of women and men provides a better learning environment for the Armed Forces,” Ronny Kristoffersen, a Commander-in-Chief at the KNM Harald Haarfagre, told national broadcaster NRK, celebrating the new record.

The Armed Forces aims to achieve an even distribution of female and male recruits, but in order to achieve this, physical demands on women have been lowered.

According to Anders Aandstad, an associate professor at the Norwegian Defence College, that there are numerous advantages to an even distribution of women and men in the military, but it can also affect physical capacity.

“The way we conduct warfare has changed. There are many more tasks that don’t have the same physical requirements,” Aandstad mused.

Nevertheless, he is very surprised that the proportion of new female recruits in the air force has jumped up to 60 percent, warning of negative consequences.

The head of the recruiting school is aware of the differences in the physical conditions, but argued that they are not a problem.

“There are differences between women and men, but we work in groups, and there women and men complement each other,” Kristoffersen said in his rebuttal.

As of now, 19 percent of Norway’s military personnel are women, with the proportion being higher in some branches.

The problem associated with lowering the bar to let in more women is not uncommon for other nations’ armed forces across the globe.

This year, internal US Army figures showed that 44 percent of women failed the ACFT (Army Combat Fitness Test), compared to only 7 percent of men, with female soldiers “continuing to lag male soldier scores in all events”, according to Military.com.

Earlier, the US Army’s first female infantry officer, Captain Kristen Griest, urged the service not to revert to separate fitness standards for men and women. According to her, evaluating women based on lower fitness standards would not only hurt the effectiveness of combat arms units, but also women in the Army.

List of South Korean TV Series to Watch in September 2021