Race & Revolution—Cubans Work to Bridge Divides as US Renews Attacks 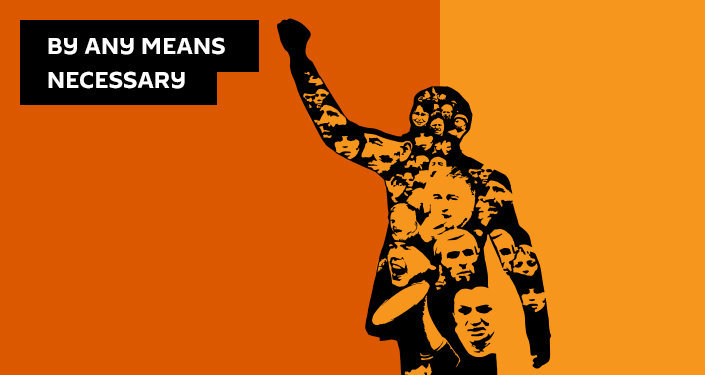 In this episode of By Any Means Necessary, host Sean Blackmon and Jacquie Luqman are joined by Tunde Osazua, Coordinator of the Black Alliance for Peace’s US Out of Africa Network, to discuss the recent drone strikes on Somalia by the US military under Joe Biden, the bizarre legal rationale of ‘collective self-defense’ which AFRICOM employed in defense of the deadly attack despite a complete lack of evidence that US forces were under threat.

In the second segment, Sean and Jacquie are joined by By Any Means Necessary producer Wyatt Reed to discuss the massive celebrations commemorating the 42nd anniversary of the Triumph of the Sandinista Revolution in Nicaragua, how the revolution—both in that country and in others on the continent—have their roots in Augusto Sandino’s successful military campaign to end US occupation nearly a century ago, and the corporate media disinformation campaign in defense of opposition figures tied to the deadly US-backed coup in the socialist country.

In the third segment, Sean and Jacquie are joined by Mike Sampson, co-host of the RedSpin Sports podcast and Miguel Garcia, host and creator of the Sports As A Weapon Podcast, to discuss disturbing new details in the alleged sexual assault by Chicago Blackhawks video coach Bradley Aldrich of a former player, whether the issue may lead more athletes to re-evaluate the prevalence of rape culture in sports, and numerous protests already seen as the Olympic Games kick off in Tokyo.

Later in the show, Sean and Jacquie are joined by James Early, Former Director of Cultural Heritage Policy at the Center for Folklife and Cultural Heritage at the Smithsonian Institution and board member of the Institute for Policy Studies, to discuss new sanctions the Biden administration unleashed on Cuba Thursday, a new letter signed by over 400 high-profile activists calling on the Biden administration to end the blockade and ‘Let Cuba Live,’ and the complicated and contradictory questions surrounding race in revolutionary Cuba.

Nearly 400 Taliban Members Killed Across Afghanistan Over Past Day