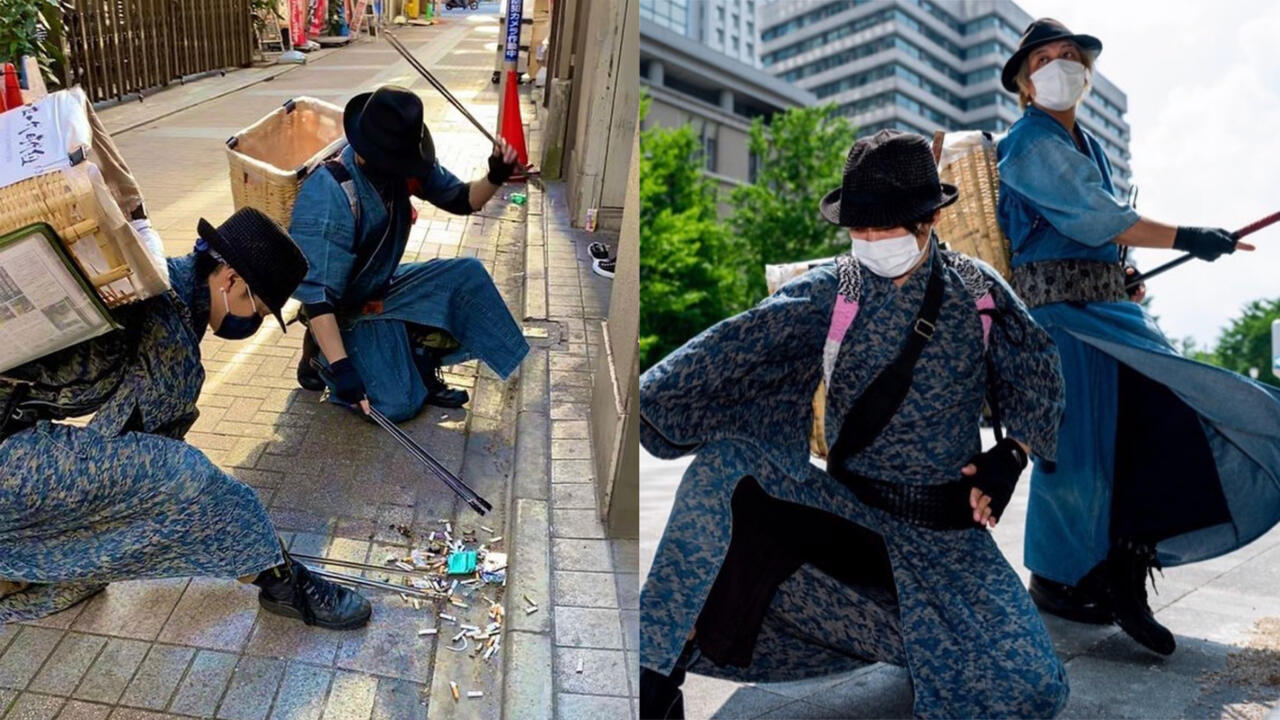 Japan has a new social media sensation: the street performance group “Gomi Hiroi Samurai” (Litter Collecting Samurai), a group of environmentally conscious individuals who pick up rubbish in Tokyo’s streets while performing as Samurai. From back alleys to crowded streets, they leave no stone unturned.

The group has been giving performances in Tokyo for the past thirteen years, but since the beginning of the Covid-19 pandemic, they have also been sharing their skills on social media through entertaining and educational content. The group have proved particularly popular on TikTok, where they have amassed more than 300k followers, as well as on Instagram, Facebook and YouTube.

“We hope to raise awareness about the problem, while bringing lots of joy to people”

FRANCE 24 Observers talked to Nakagawara, the manager of the “Gomi Hiroi Samurai”.

Littering is a growing global problem. Even though Japan is known for being clean, there is still litter in the streets. So that’s why we decided to get rid of litter in Tokyo through our performances. We hope that our performances can help clean the streets, raise awareness about the problem, while bringing lots of joy to people as well.

Surge of litter since the beginning of the Covid-19 pandemic

As much of the world ventures outdoors after a year of lockdowns, cities are experiencing a rise in litter on their streets. The “Litter Collecting Samurai” aim to tackle this trend.

The amount of litter in our streets has risen since the beginning of the pandemic because over the past year, people have been using more disposable items due to safety and hygiene fears. We have found tons of disposable masks in the streets. More recently, we have also found lots of alcohol cans and bottles as more and more people drink on the streets.

People from all over the world – not in Japan – have responded to our videos. They have been commenting on our posts, saying that they want us to help clean the streets in their countries too, especially with all the trash at the moment.

‘We don’t hate the perpetrator, but their vice’

The performance group’s motto is to not punish the perpetrator, but their vice – which is good news for those who find themselves next to a wayward piece of litter in the group’s presence.

Samurai in the past used to kill people, which is definitely not okay today. We like to think that we are this generation’s new kind of Samurai. When we pick up rubbish, we always say “Defeat the moral heart”.

In Japan, littering is called “illegal dumping” and carries a penalty of up to five years or a fine of up to 10 million yen (equivalent to around 77,000 euros).

The members of the “Litter Collecting Samurai”, who are all professionally trained actors, currently volunteer their time to perform. But they hope to one day make litter cleaning Samurai a full-time profession – in Japan and beyond.

If you want to reach out to the “Gomi Hiroi Samurai’” to support their work or find out more, you can get in touch with them via their TikTok, Facebook, Instagram or Twitter channels.

How Brexit created a ‘recipe for endless tension’ among unionists upon N. Ireland’s centenary