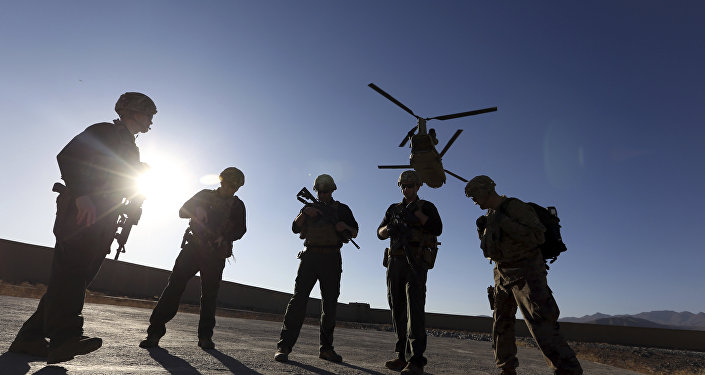 US President Joe Biden has more than doubled the amount of funds allocated to helping Afghans, whose lives have become endangered as a result of the 20-year-long war in Afghanistan as the US and NATO are leaving the country. Previously, the funds were topped at $46 million, but now the limit has been upped to $100 million.

The money will be spent to meet “unexpected urgent refugee and migration needs, victims of conflict, and other persons at risk […] including applicants for Special Immigrant Visas (SIV)“, the White House’s statement said. The SIVs were introduced to help the Afghans, who chose to aid the US or NATO in their mission by working as interpreters or guides, leave the country and avoid the Taliban’s* retribution.

In addition to this, $200 more million will be directed to “services and articles from the inventories of US government agencies” used for the same purpose of helping the Afghans at risk.

Urgent Evacuation as Taliban Seizes Over 80% of Afghanistan

The increase in Washington’s spending on Afghans willing to leave the country comes as the Taliban is rapidly expanding its control over Afghanistan threatening the lives of those who used to help NATO and US forces. The movement has managed to secure 95% of the country’s borders and over 80% of the overall territory since the US started the withdrawal, which is approaching completion.

The Taliban still has no control over provincial centres and has been largely taking control over small towns and villages, most of which were abandoned by the Afghan National Army without a fight. At the same time, the country has seen a spike in violence recently, as the Taliban has intensified its attacks against government forces. Foreign media also expressed concern that with the Taliban’s advance, the human rights situation in Afghanistan might deteriorate quickly.

US President Joe Biden announced last week Operation “Allied Refuge”, which seeks to urgently evacuate all SIV applicants from Afghanistan. The operation is due to launch next week. The government is reportedly planning to charter civilian planes for this purpose. It is expected that all applicants, whose number remains unclear, will be evacuated by the end of the US presence in the country. Biden did not elaborate on what will happen to those Afghans whose SIVs will be rejected after the evacuation.

Over 26,500 SIVs have been approved over the lengthy stay of the US forces in Afghanistan that will end on 11 September this year; however, many more applicants still await the approval of their papers (which is not guaranteed). Many also have had their SIVs turned down for various reasons – from bringing a piece of bread to the Taliban at a young age, to failing a routine lie detector test and not meeting the two-year service requirement for getting a visa. One such person, an interpreter named Sohail Pardis was reportedly stopped at a Taliban checkpoint back in May 2021, shot at, dragged out of his car and beheaded, multiple media outlets reported, citing accounts of local witnesses. The terrorist movement itself earlier pledged to refrain from killing the interpreters, who worked for the US and NATO.

*The Taliban is a terrorist organisation banned in Russia

First Date Gone South: What Did Biden & Johnson Get Each Other in Transatlantic Gift Exchange?