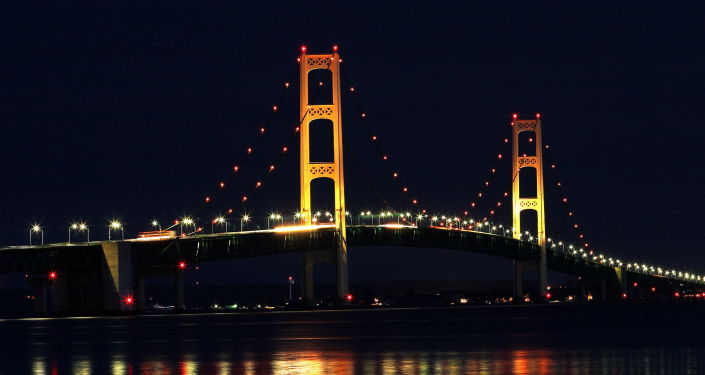 Mackinac Bridge authorities, along with Michigan’s police department, announced on Sunday that traffic was resumed on the bridge after closure due to a “bomb threat”.

“An extensive search” conducted by law enforcement on the scene appeared to find no threat.

Earlier, people were urged to steer clear of the area due to an “emergency situation” on the Mackinac Bridge, a roadway connecting the cities of St. Ignace and Mackinaw City.

Law enforcement notified the MBA of a bomb threat on the bridge; MBA closed the bridge at 2:15 p.m. After an extensive search, nothing has been found. They are completing one more sweep and hope to re-open the bridge soon. MSP and Mackinaw City police are investigating.

The bridge remained closed for some two-and-a-half hours.

“Mackinac Bridge is CLOSED to all traffic due to an emergency incident. Please stay clear of the area!”, bridge authorities said earlier, adding that it is unclear when it will be re-opened.

​Local media reports said at the time that the bridge had been closed due to an “active bomb threat”. Traffic was stopped in both directions, and a bomb squad was said to have arrived on the scene.

​​The Mackinac Bridge is the largest suspended roadway in Michigan and the longest suspension bridge in the Western Hemisphere.

No, I’ll Stay Here! Corgi Wants to Have a Rest During a Walk