When I was a kid, field trips to the local science museum or planetarium were more appealing than any playground.

Disposable camera in hand, I marveled that a dinosaur fossil could tower over me in one room while an Apollo capsule seemed to float in the next. The things I learned created constellations of fascination.

My mom would take me on a regular basis so we could see the latest film exploring the ocean depths or check on “Steggy” the stegosaurus. (Somewhere, there is a photo of me with my arms thrown around his neck.)

They say the things we love as children stay with us; I was reminded of that this week when NASA announced the name of its moon-bound mannequin, voted on by space fans. The name has a special legacy behind it that took me right back to the first time I peered up at the Apollo exhibit.

Thank you for joining us on our weekly expeditions through the wonders of this world and what exists beyond it. We’re thrilled you’re along for the ride.

Comets, planets and stars spill across the sky in breathtaking new images that capture the striking beauty of Earth and space.

Photographers from 75 countries submitted more than 4,500 images to the 2021 Astronomy Photographer of the Year competition.

The images reveal natural wonders captured during a time when many were forced inside by the pandemic. Luckily for us, these photographers ventured out and set their eyes on the skies.

The winners will be announced in September, so check back to see how your favorites fare.

Dinosaurs were doomed to disappear from the Earth when a city-size asteroid slammed into our planet 66 million years ago. But new research suggests these creatures weren’t exactly thriving before that fateful strike.

The dino populations were doing well until something suddenly put a stop to their success millions of years before the asteroid impact.

The research, which contradicts other recent studies, suggests two different factors that contributed to dinosaur decline before their ultimate end. 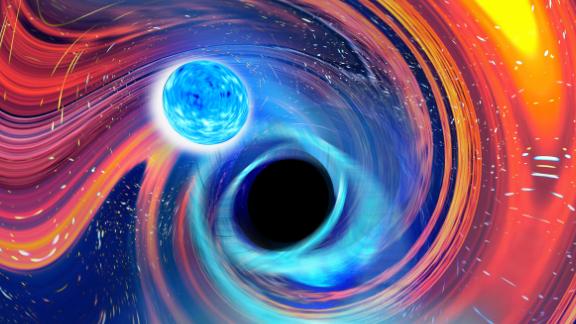 Carl Knox/OzGrav/Swinburne
This illustration provides an artistic view of what happens when a black hole swallows a neutron star.

Imagine Pac-Man, but on an astronomical scale. Researchers detected ripples in space-time, called gravitational waves, from a rare celestial event: a black hole gobbling up a neutron star. And it happened twice, with separate instances being detected in January 2020.

These celestial death dances, where neither neutron star made it out alive, happened a long time ago in galaxies far, far away.

Scientists also discovered a new type of supernova this week. Initially predicted to exist 40 years ago, the explosion of a star that fit the theory was witnessed by astronomers – and it also explains a famous supernova so bright it could be seen during daylight when it occurred in 1054.

The findings from both discoveries could help scientists unlock secrets of the universe.

Record-breaking temperatures spiking well above 100 degrees Fahrenheit (37.8 degrees Celsius) have sent the typically cool Pacific Northwest into an early summer swelter. Many have scrambled to find creative ways of cooling down because so many homes across Washington and Oregon don’t have air conditioning; they have never needed it.

But what’s to blame for this unprecedented heat wave?

A heat dome over the area, courtesy of our changing climate.

It’s only the beginning, experts say – and more surprising places are set for heat waves in the future. 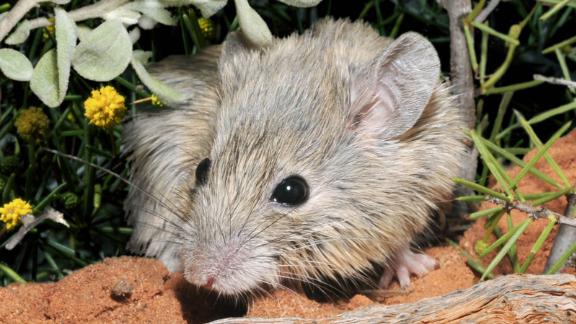 Wayne Lawler/Australian Wildlife Conservancy
These mice never went away — they’ve just been hanging out on an island.

Somewhere out there on an island off the coast of Western Australia, generations of adorable mice have been living their lives – unbeknownst to scientists who thought they went extinct more than 150 years ago.

The Gould’s mouse once lived across Australia before disappearing after 1857 as invasive species, new diseases and climate change crept in.

But the intrepid mice persisted on a single island in Shark Bay.

Researchers worry one island isn’t enough to support these little mammals, so some have been taken to other islands to grow their families. May future generations of these mice enjoy their island paradises.

Set your eyes on these intriguing stories:

– Do you love to laugh? There is science behind that – and why a belly laugh is good for you.

– Beating heart cells were sent to space. What happened next could lead to a revolutionary way of helping heart patients.

– Meet the world’s oldest known plague victim. The identity may surprise you.

Like what you’ve read? Oh, but there’s more. Sign up here to receive in your inbox the next edition of Wonder Theory, brought to you by CNN Space and Science writer Ashley Strickland, who finds wonder in planets beyond our solar system and discoveries from the ancient world.

Why I love going to nudist beaches

100-pound tropical fish discovered on a beach in Oregon

Biden announces measures to incentivize Covid-19 vaccinations, including a requirement for federal employees