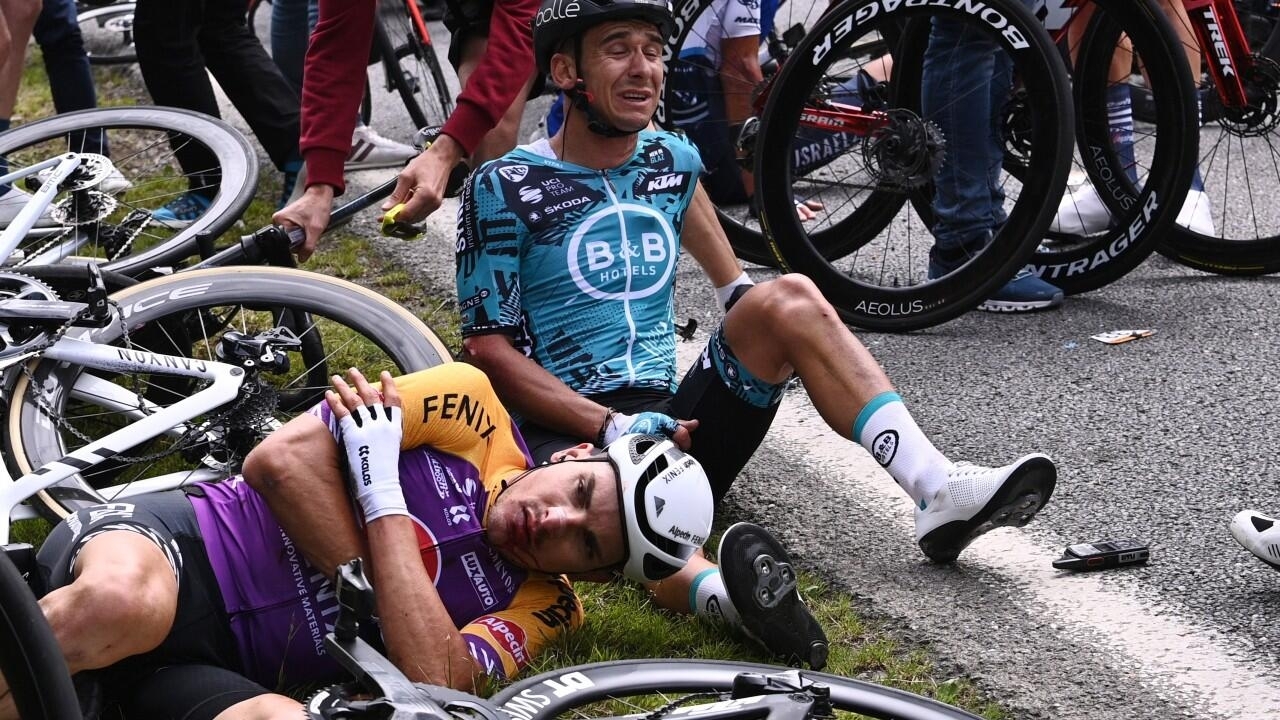 The spectator who caused a mass crash of riders on the opening day of the Tour de France has been arrested, prosecutors said on Wednesday. One rider was forced to pull out of the race.

“A suspect is in custody,” said the state prosecutor for the city of Brest in Normandy, Camille Miansoni.

A source close to the investigation told AFP the women had been “formally identified and taken into custody a few minutes ago”.

The suspect had brandished a homemade cardboard sign reading “Granny and Grandad” in German on the roadside between Brest and Landerneau as the race began on Saturday. She was looking up the road towards the cameras but with her back to the approaching peloton.

German rider Tony Martin brushed into her, lost his balance and fell, causing a domino effect that swept through most of the cyclists, leaving them in a tangled mess of bikes and bodies.

The crash held up the race for five minutes while they were untangled.

The woman, who was wearing a yellow raincoat, reeled away in horror when she realised the damage she had caused. She then disappeared into the roadside crowds, her sign folded beneath her arm.

Police had been searching for her ever since. Shortly after the incident, authorities said they planned to press charges.

“We are suing this woman who behaved so badly,” the Tour de France’s deputy director, Pierre-Yves Thouault, told AFP.

“We are doing this so that the tiny minority of people who do this do not spoil the show for everyone,” he added.

“The major issue on the Tour is road security,” lieutenant-colonel Joël Scherer of the French Gendarmerie told AFP on Sunday.

Scherer said charges would include “unintentional short-term injury through a manifestly deliberate breach of a duty of safety or care”.

German rider Jasha Sutterlin was the only cyclist who had to pull out of the race, his Tour de France dream ruined on the first day.

Eight other riders needed treatment from the official doctor and a host of others were treated for grazes, bruises and cuts caused by the pile-up.