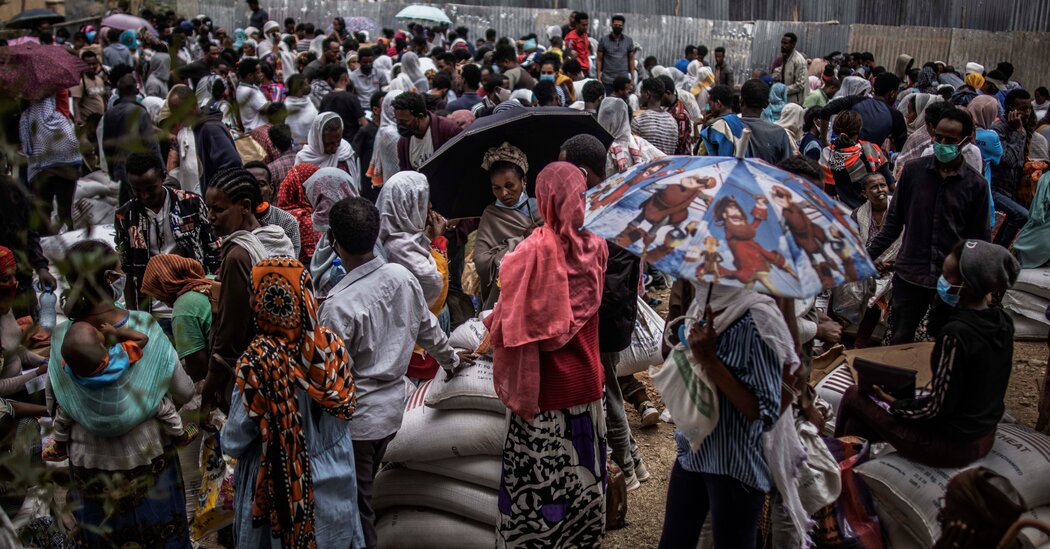 International aid agencies on Tuesday continued to raise concern at the lack of humanitarian access for groups trying to deliver food and supplies to tens of thousands of people already suffering from famine in Ethiopia’s Tigray region.

Secretary General Antonio Guterres of the United Nations said he had spoken with Prime Minister Abiy Ahmed of Ethiopia on Monday and was “hopeful that an effective cessation of hostilities will take place in Tigray.”

“It is essential that civilians are protected, humanitarian aid reaches the people in need and a political solution is found,” he said on Twitter.

In early June, the U.N. said that at least 350,000 people in the conflict-ravaged region had entered a state of famine. The U.S. Agency for International Development this week put its estimate for those facing famine conditions at 900,000.

Until rebel Tigray forces took back control of the region after a weeklong offensive that pushed back Ethiopian and Eritrean troops, aid agencies were reporting blockages at checkpoints throughout the region. Last week, three aid workers employed by Doctors Without Borders were found dead in Tigray, in what the aid group called a “brutal murder.”

“We call on all parties to prevent further massacres and war crimes, including by ensuring no reprisal attacks are carried out by their troops or militias allied to them,” Ms. Jackson said. “All parties must ensure unfettered access to humanitarian aid for all civilians, and work to restore full access.”

Amnesty said there are ongoing fears of reprisal attacks against civilians in Tigray by retreating Ethiopian troops and their allies from the Amhara region of Ethiopia and from neighboring Eritrea.

Amnesty’s concerns were echoed by senior U.N. officials. Should Tigray forces continue their offensive into parts of the region annexed by troops loyal to the Amhara region, they said, the conflict may change further,

The struggle against vaccine hesitancy comes to Mississippi.

California has passed the 50,000-death mark, the most of any state.

Israel Targets a Hamas Commander Who Escaped Death Many Times