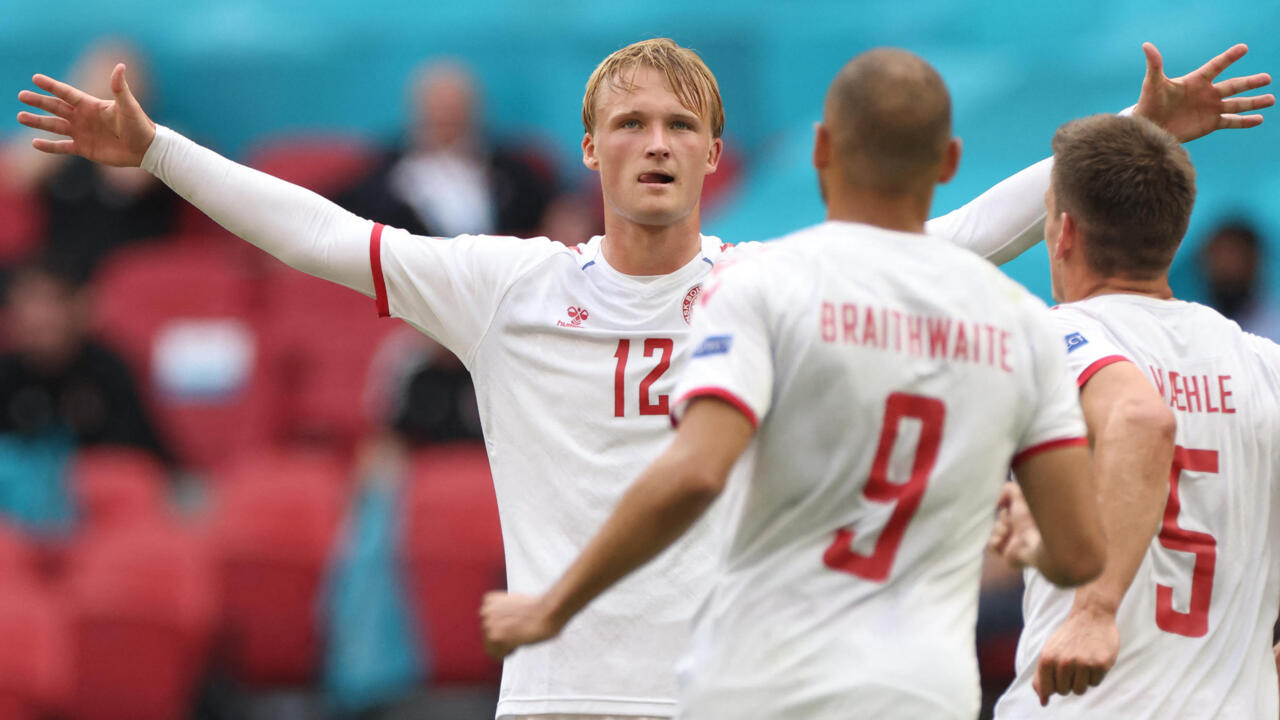 Kasper Dolberg struck in each half while Joakim Maehle and Martin Braithwaite added two more goals late on as Denmark overpowered Wales on Saturday to reach the quarter-finals of Euro 2021.

Dolberg, making his first start of the tournament, gave his side the lead with a fine individual goal in the 27th minute, curling into the top corner from outside the area.

He doubled Denmark’s advantage in Amsterdam early in the second half, ruthlessly pouncing on a loose ball after Wales failed to clear a cross following a galloping run down the right wing from Dolberg’s strike partner Martin Braithwaite.

Braithwaite missed a glaring opportunity to add to Denmark’s lead but Maehle sealed the win in the 88th minute.

The Welshmen’s frustrations spilled over when Harry Wilson was sent off for a wild tackle on Maehle in added time.

Braithwaite finally got the goal he had craved by netting at the death, though he had to wait for the goal to be awarded following a lengthy VAR review.

Denmark head to Baku next Saturday to face either the Netherlands or Czech Republic in the last eight while Wales, the surprise semi-finalists at Euro 2016, are heading home.

‘This is a football match, the trophy is to get to the airport gate’ – How Khalida Popal helped rescue women athletes in Afghanistan