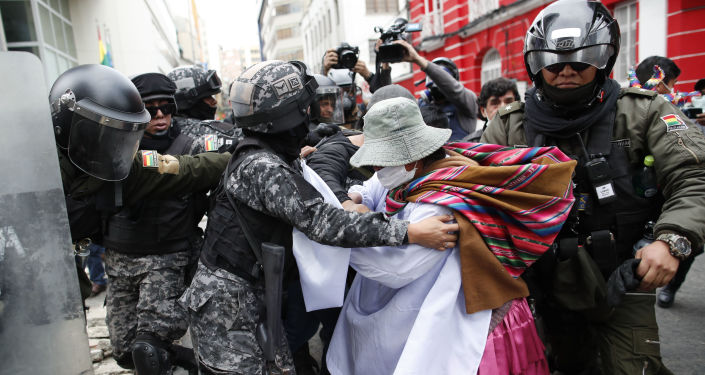 “The aforementioned ammunition is military equipment that is not used by the Ecuadorian police to maintain public order … We do not have military equipment and we did not send it”, Varela said in an interview with the broadcaster Teleamazonas.

Varela stated that Latin American countries do exchange information and non-lethal weapons for crowd control and that Bolivia received tear gas from Colombia and Peru in October 2019.

Earlier in the week, lawmaker Fausto Jarrin Teran asked the office of the attorney general to look into the actions of the country’s former president, as well as the ex-minister of government, Maria Paula Romo, related to the alleged shipments of tear gas and various ammunition in November 2019. Bolivia is conducting a similar investigation as well.

In November 2019, Bolivia experienced a change in leadership following mass protests against the results of a general election a month earlier. Evo Morales stepped down as president on 10 November and fled to Mexico. Most of Bolivia’s senior officials resigned with him. This resulted in the upper house of parliament’s second vice speaker and opposition lawmaker Jeanine Anez declaring herself interim president and vowing to hold a new election.

The new vote in 2020 was won by Socialist candidate Luis Arce, aligned with Morales.

The Bolivian authorities and international human rights advocates are currently investigating the deaths of 37 people during the dispersal of protests in late 2019.

‘Team Pierce’: Donald Trump Reportedly Weighs in With an Opinion on Meghan Markle

‘A Tale of Two Women’: Jamal Khashoggi Reportedly Led Secret Life Before He Was Murdered