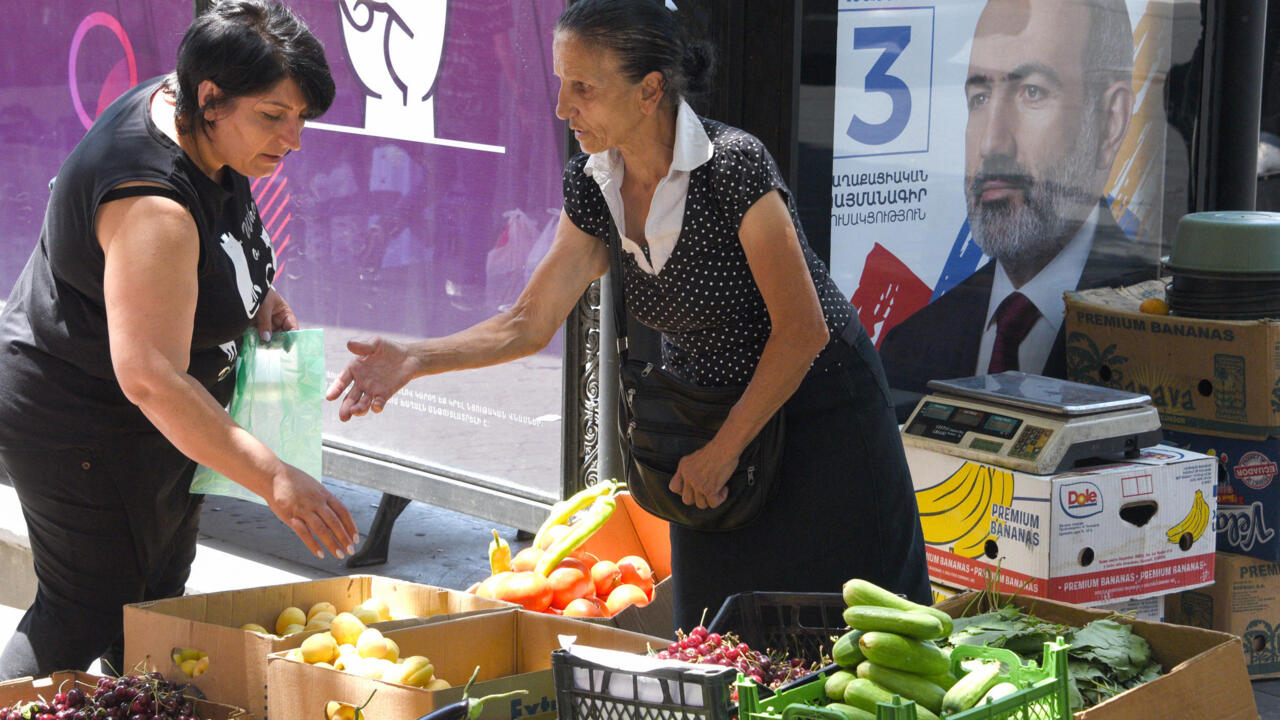 Armenian leaders wrapped up campaigning on Friday ahead of snap weekend polls to end a political crisis sparked by a humiliating military defeat to Azerbaijan last year.

Prime Minister Nikol Pashinyan called the early election in the hopes of renewing his mandate but is in a tight race with his main rival, former leader Robert Kocharyan.

Pashinyan rose to power in 2018 on pledges to oust corrupt elites and turn around the country’s fortunes after decades of poverty and corruption.

But he has lost much of his lustre after Armenia ceded swathes of territory to arch foe Azerbaijan following a six-week war over a lingering territorial dispute that claimed over 6,000 lives.

According to a survey released on the last day of campaigning on Friday, Kocharyan’s bloc edged ahead of its main rival but neither were expected to get more than 30 percent of the vote.

Armenians voiced conflicting opinions about the 46-year-old prime minister, who rallied some 20,000 supporters in the capital Yerevan on Thursday night.

“We need to support this man, the leader who has found himself in a difficult situation due to objective reasons — the war, depressed people, and enemy countries’ everyday aggression,” she said.

Pashinyan supporters fear the return of the old guard and point to the controversial reputation of 66-year-old Kocharyan, who faces a corruption investigation.

Kocharyan backers however praise his experience and economic track record.

Vrezh Harutyunyan said he would back the alliance headed by Kocharyan, who led Armenia between 1998 and 2008 and counts Russian leader Vladimir Putin among his friends.

Kocharyan was set to stage the final pre-vote rally on Friday evening.

The venomous campaign has been marred by aggressive rhetoric and fears the election could further polarise the country.

Pashinyan says he expects his party to secure 60 percent of the vote and brandished a hammer at recent rallies.

Speaking during a televised debate Thursday night, Pashinyan pledged fair elections but warned of the risk of clashes if his opponents came to power.

“Citizens of Armenia can see that there are forces who are provoking political clashes, civil war,” he said.

Pashinyan’s rivals, including Kocharyan and his enemy and predecessor Serzh Sargsyan, refused to take part in the debate.

In a video address on Friday, Kocharyan urged Armenians to choose carefully on the “fateful day.”

“I am sure you will no longer allow anyone to fool you,” he said. “Let’s heal our wounds.”

Observers say the election result is unpredictable, with many planning to stay home on Sunday.

A record four electoral blocs and 22 parties were registered to run in the polls but one party later dropped out. Only a handful are expected to win seats in parliament.

Around 2.6 million people are eligible to vote to elect for a five-year term the minimum number of 101 parliament members under a proportional electoral system.

A party needs to garner at least 54 percent of seats in the legislature to form a government, and analysts do not rule out a second round of polls.