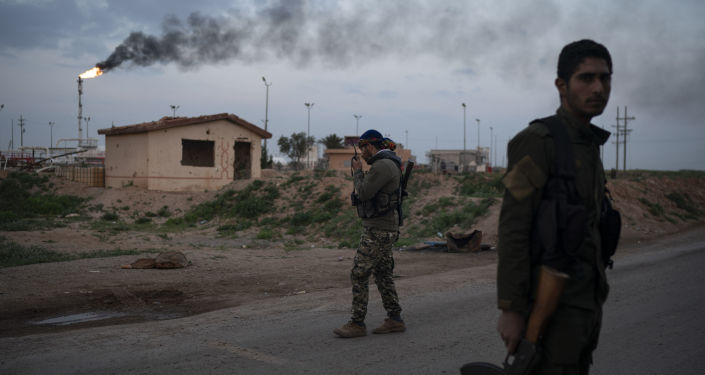 According to the media outlet, residents of the Farfara village intercepted the convoy of four US vehicles, accompanied by an SDF car, pelting them with stones.

A video allegedly showing the residents blocking the convoy appeared on Twitter.

​There has been an increase in public protests against the presence of US and SDF troops in the territories that are under their control. SDF soldiers are said to have used lethal force to disperse protests on multiple occasions. Meanwhile, the elders of the major Arab tribes have spoken out against the US and SDF presence, demanding restoration of Damascus’ authority.

‘Thanks for All the Love and Hate’: Piers Morgan Says He Still Doesn’t Believe Meghan Markle