Too Early to Say Whether New Mutant Variant ‘Delta Plus’ is Cause For Concern, Says Expert 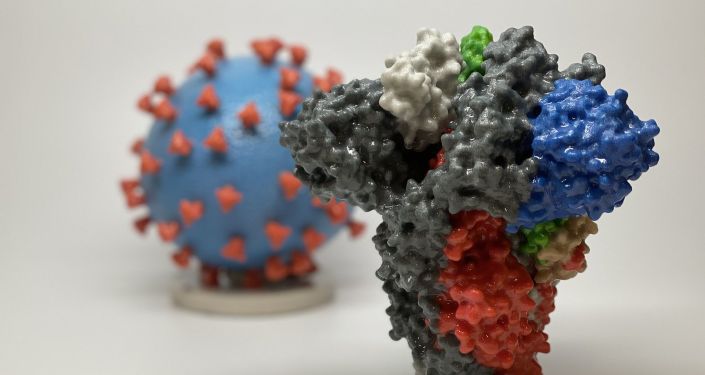 The Delta variant of SARS-CoV-2, considered the cause of India’s raging second wave of coronavirus, has now mutated further to form ‘Delta Plus’ or ‘AY.1’. However, doctors and experts have maintained that it is too early to say whether it’s a cause for concern.

According to Public Health England – an executive agency of the UK’s Department of Health and Social Care – as of today, 63 genomes of Delta (B.1.617.2) with the new K417N mutation have been identified on the global science initiative GISAID.

In its latest report on coronavirus variants, the health agency said that Delta Plus was present in six genomes from India as of 7 June.

On Tuesday, Dr Vinod Kumar Paul, a member of Indian think tank NITI Aayog, told the media that an additional mutation of this variant, known as Delta Plus, has been detected and submitted to a global data system.

It has been in Europe since March and was brought into the public domain on 13 June, he said.

According to Dr. Chandrashekhar T, chief ICU Intensivist at Fortis Hiranandani Hospital, Vashi (Mumbai), the COVID-19 virus is an RNA virus and they are single-stranded. All the RNA viruses are extremely unstable and they are born to mutate. “The mutation is important for the existence of the virus,” he said.

“This is not the end as the mutations are going to continue. The WHO, CDC, and India’s ICMR are keeping an eye on the Delta variant for quite some time, and finally, in April, the WHO declared the Delta variant as a variant of concern.

“Right now, the Delta Plus variant is a ‘Variant under Investigation’  and it has not yet been declared a variant of concern,” he told Sputnik on Tuesday.

Dr. Chandrashekhar also said that there are various criteria by which a variant is declared a “Variant of Concern”, including whether it is spreading rapidly, existing treatments are not able to control it, or it’s hard to diagnose.

“According to the data in the public domain, this variant neutralises the use of a monoclonal antibody. We will study and learn more about this variant,” Dr Paul added.

The monoclonal mixed antibody treatment for COVID-19 has recently been authorised in India. However, there is no indication about the severity of the disease caused by the new variant.

“It is a gene mutation. Until now, how virulent it is or how fast it can spread is something that only time can tell. Many samples need to be collected for sequencing before declaring it a ‘Variant of Concern’,” Dr. Chandrashekhar said.

He also stressed that finding a variant doesn’t mean that it is a concern. Only time can tell whether this variant will cause the third wave in India, he emphasised.

“We need to keep on with COVID-19 preventive measures and get ourselves vaccinated. Vaccination is extremely important,” Dr Chandrashekhar said.

Vinod Scaria, a clinician and scientist at Delhi’s CSIR-Institute of Genomics and Integrative Biology (IGIB), tweeted about Delta Plus on Sunday.

He said that the mutation is in the spike protein of SARS-COV-2, which helps the virus enter and infect human cells. The variant frequency for K417N is not high in India at the moment. The sequences are mostly from Europe, Asia and America, Scaria wrote on Twitter. The earliest sequence of this genome was found in Europe in late March this year.

One important point to consider regarding K417N is evidence suggesting resistance to mAbs Casirivimab and Imdevimab. The mAb cocktail incidentally has received an EUA from @CDSCO_INDIA_INF in India.

The variant freq for K417N is not much in India at this point in time pic.twitter.com/lIDU39wnIm

On Monday, the Maharashtra state government sent some samples from various districts for genome sequencing to assess whether any new mutation of SARS-CoV-2 has taken place. The decision has been taken to identify the new COVID-19 variant Delta Plus or AY.1

“We have sent substantial samples from various districts to investigate whether there is any prevalence of Delta-plus (or AY.1). The reports are expected soon,” Dr Pradip Awate, State Surveillance Officer told the media.

Several scientists said that the blood plasma from many fully vaccinated individuals will have to be tested against this variant to determine whether it shows any significant deviation from immunity, according to reports.

Counted Out: Why the Four Kings of Boxing Will Not be Reunited for Marvin Hagler’s Funeral