Biden Privately Asked NATO Leaders for Advice Ahead of Summit With Putin, US Official Says 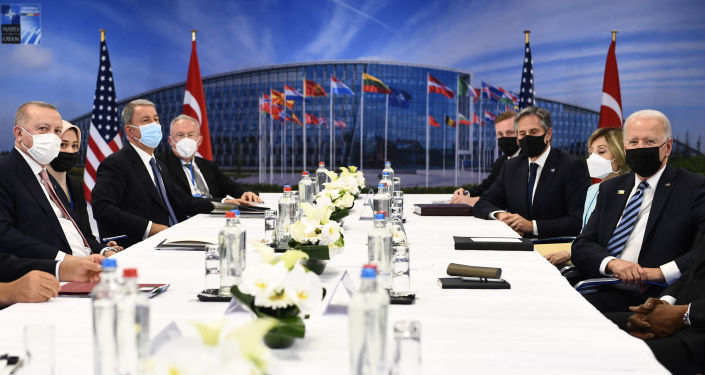 “And he explained to the leaders what he intended to say. He did so privately, behind closed doors, so I’m not going to get into the details of it,” the official said. “And he asked them to share whatever thoughts or advice they had about the meeting.”

The official noted that several leaders responded with commentary and were positive about the upcoming summit with Putin.

“He [Biden] also pledged to them that on an ongoing basis -to the extent, for example, we’re working with Russia on arms control-related issues – he would coordinate closely with NATO so that they had a chance to have input into the arms control agenda,” the official added.

The upcoming summit between Putin and Biden is scheduled for Wednesday at the Villa La Grange in Geneva. Kremlin spokesman Dmitry Peskov said that the meeting will last about five hours.

‘Huge Flash Bursting Into Sparks’: Stargazers in Meltdown Over Dazzling ‘Fireball’ in Skies Above UK

Boris Johnson Wants Charity to Pay for Costly No 10 Makeover Supervised by His Fiancee, Report Says