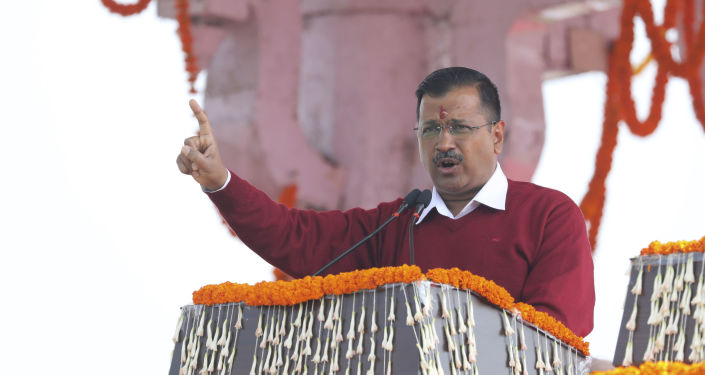 The chief of Delhi’s ruling Aam Aadmi Party (AAP), Arvind Kejriwal, announced on Monday that his party would contest every seat of the Gujarat Legislative Assembly in the 2022 polls.

Addressing a press conference in Gujarat’s Ahmedabad district while opening his party’s office, Kejriwal said: “We will put forward a candidate for each seat.”

Earlier this year, in February, the AAP won 27 of the 120 total seats when it made its debut in the Surat Municipal Corporation Elections.

The party is hoping to provide an alternative to the state incumbent which has been the BJP since 1995.

Before coming to power at federal level in the 2014 parliamentary elections, Prime Minister Narendra Modi was the chief of Gujarat. He has been one of the country’s longest-serving state chiefs.

Kejriwal, well-known as a staunch critic of Narendra Modi, today also called on Gujarat activists and other eminent people to support his party, as he raised issues such as unemployment, college admissions, and farmer suicides in Gujarat.

In 2015, just a few months after Narendra Modi became Prime Minister with a clear majority, the fledgling AAP swept the polls to the Delhi assembly, winning 67 of the 70 seats available. It was a stunning win despite the popular “Modi Wave” at the time, which saw the BJP winning only three seats.

Are Beds in Tokyo Olympic Village ‘Anti-Sex’? Irish Athlete Moves to Find Out

Elon Musk Says Cryptocurrency Is ‘Promising’, Warns to ‘Invest With Caution’ Ahead of SNL Appearance