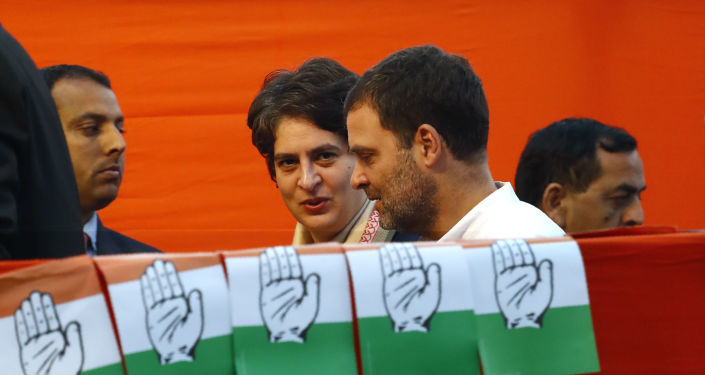 With only eight months left until the state elections in the northern Indian state of Uttar Pradesh, Congress has started a “Speak-Up Minority” campaign to connect with the Muslim voters of the state.

Through this campaign, the Congress party is propagating a message among the state’s minorities (particularly Muslims) that the governing Bharatiya Janata Party (BJP), a Hindu-inclined party, and the state’s main opposition Samajwadi Party are actually “hidden friends”.

To highlight the alleged secret political alliance between the two parties, the Congress organises a Facebook Live session every Sunday where it uses a 2019 statement by Samajwadi Party chief and ex-state chief of Uttar Pradesh Mulayam Singh Yadav where he heaped praise on Indian Prime Minister Narendra Modi to prove its point.

The Samajwadi Party commands a majority of the Muslim voters in the state, election data shows.

Congress sources told Sputnik that the party’s move comes after the Muslim voter base in the state had shifted towards the Samajwadi and Bahujan Samaj parties in the recently held polls.

“The Muslim community voted for the Samajwadi Party and Bahujan Samaj Party as there was no strong face in the Congress, but now Congress General Secretary Priyanka Gandhi Vadra is leading the party in the state, which will help the party in garnering the trust of the community”, a party worker told Sputnik on condition of anonymity.

The party has prepared a five-point blueprint that includes connecting madrasas, schools for Muslim students, to woo Muslim voters in the state.

A list of 200,000 madrasas in the state has been prepared. As per the plan, Congress party workers will meet teachers and students at these madrasas and they will be informed about the policies of the party. With the help of students, the party will try to reach out to their parents while it will also extend support to those who have been affected due to COVID-19.

There are 403 assembly seats in the state, out of which Muslim voters have direct influence on 143 seats.