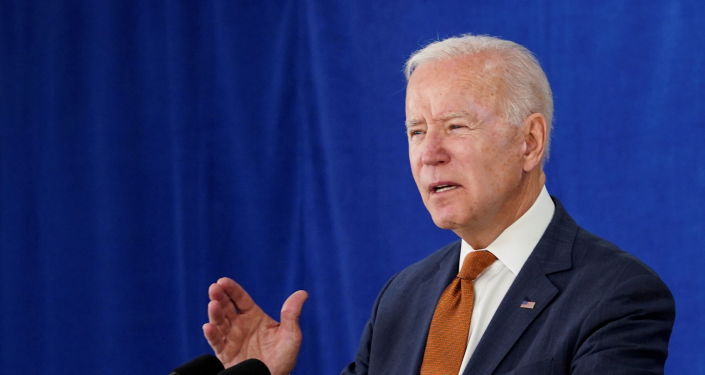 A person familiar with the planning of the talks told NBC on Saturday that Biden is expected to present a contrasting image to that of former US President Donald Trump, following his first summit with Putin.

White House officials did not specify whether there would be a smaller group or larger group meeting between Biden and Putin, or if there would be a one-on-one sit down without aides or advisers. A person familiar with the planning told NBC that the White House expects to convey that Biden delivered a strong message to Putin.

Earlier this week, US media reported that Biden had decided to hold a separate press conference after the Geneva summit on June 16, since Biden’s top aides were wary about a joint presser, aiming to avoid the scenario of the Helsinki summit in 2018. Back then, Trump welcomed Putin’s statements about non-interference in the 2016 presidential elections in the US, dismissing data presented by the national intelligence.

Biden said in an opinion piece published by The Washington Post this month that the US and its allies are ready to respond to “future harmful activities” on the part of Russia, but the “United States does not seek conflict” with Moscow.

The upcoming talks between Biden and Putin will present an opportunity to discuss areas of cooperation, such as strategic stability and arms control.

Putin’s goal at the meeting with Biden is to prevent further degradation of dialogue between Russia and the United States and the summit is the only way to accomplish it, the Kremlin said. At the same time, the Russian Foreign Minister Sergey Lavrov said that Russia has no illusions that breakthroughs will be achieved or historical decisions will be made after the summit.

Snowden to Give Speech at Russian Marathon New Knowledge