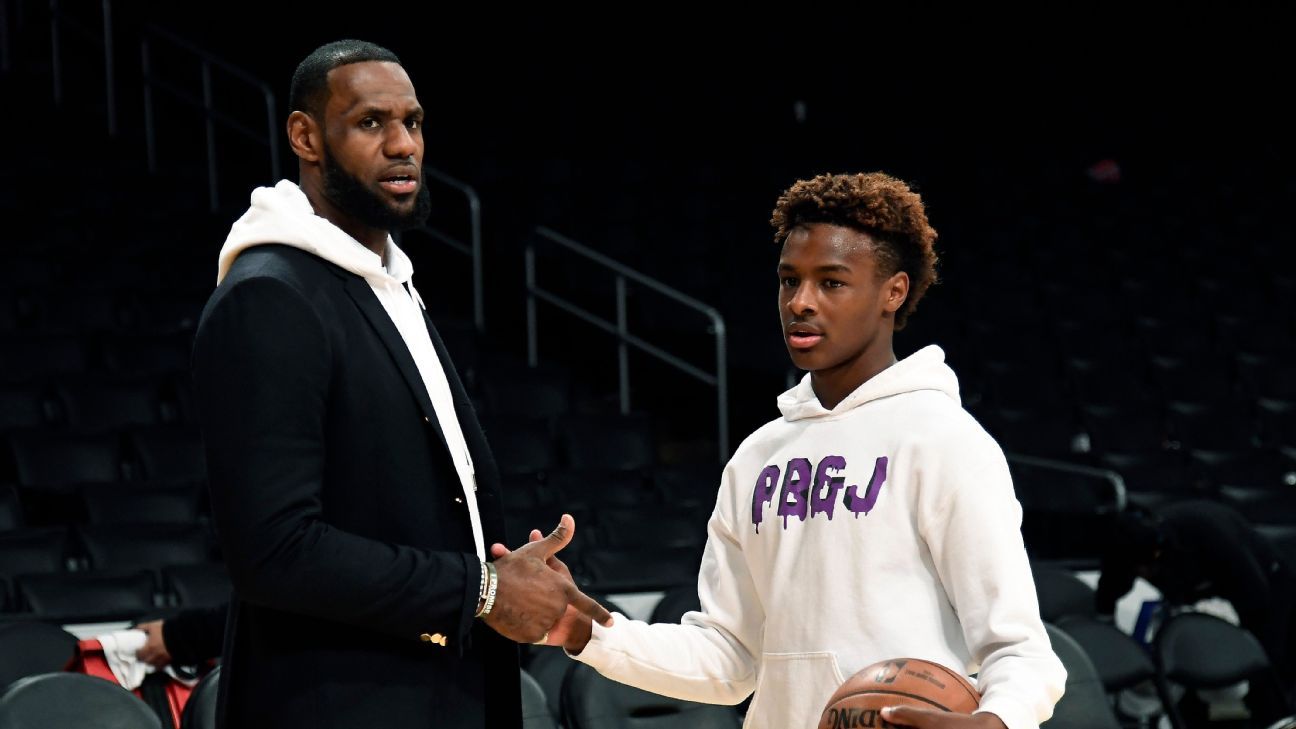 The Trailblazers headed into their fourth straight sectional finals appearance with a 15-0 record. They faced the Centennial Huskies in the CIF Southern Open Division final.

In February, Bronny suffered a torn meniscus in his knee that caused him to miss most of the season.

Sierra Canyon hadn’t played any official games in the fall due to the COVID-19 pandemic but completed a spring basketball season. James, who is listed at 6-foot-2 and plays guard, averaged 4.1 points in 15 minutes a game as a freshman.

James had a pivotal fourth quarter three-pointer that cut the Huskies’ lead to three points. He finished the game with seven points

UCLA basketball commit Amari Bailey shined among the stars as he brought Drake and LeBron to their feet with a slam. Bailey finished with 33 points for the Trailblazers as Corona Centennial defeated Sierra Canyon, 80-72.

What we learned from NFL pro days: A coveted QB class, opt-out riddles and which prospects are rising