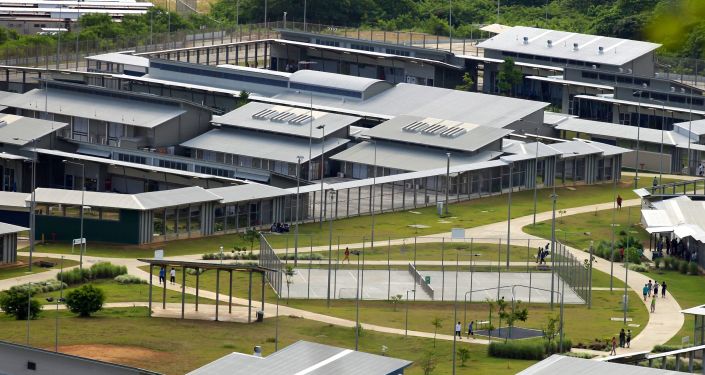 Australia is considering keeping travellers returning from India in a detention centre on Christmas Island, just off the coast of the state of Western Australia in the Indian Ocean, a government spokeswoman told Sputnik on Wednesday.

“A number of locations have been suggested, including Learmonth and Busselton airports, and [Royal Australian Air Force] Base Pearce,” she added.

The Christmas Island Immigration Reception and Processing Centre (Christmas Island IRPC), a federal facility that was used by the Australian government to hold illegal migrants and asylum-seekers, was closed down in 2018 because of concerns that detainees had been ill-treated by Australian guards and forced to live in deplorable conditions.

The inmates at the Christmas Island facility, many of them arriving in Australia on boats to seek asylum, had rioted against the authorities several times over the living conditions at the facility. The lodging at the offshore facility has faced severe criticism both at home and abroad.

Now, cries to re-open the controversial detention facility have gained strength, as Australia fears a surge in infections from international arrivals, particularly those from South Asian countries.

The federal government of Prime Minister Scott Morrison banned incoming flights from India last month, even threatening a $500,000 fine and imprisonment of five years for those found to be violating the travel ban.

However, the state authorities rue the lack of quarantine facilities for incoming passengers, and have called on the federal government to make provisions for their safe return so that other Australians are not put at risk.

“Getting Australians back into the country is fundamentally a Commonwealth responsibility,” the state government spokeswoman said.

“We’re not going to risk the health of Western Australians by placing any further undue pressure on our systems and people. The Commonwealth (federal government) needs a quarantine plan before decisions can be made about the future of hotel quarantine,” she added.

The spokeswoman disclosed that the current cap on international arrivals to Western Australia stood at 530, which was the capacity of the WA’s hotel quarantine system.

Most of those affected by the travel ban or who face the prospect of being lodged at the Christmas Island detention facility are Australians of Indian-origin or Indian students.

According to the Australian Bureau of Statistics (ABS), Indian-Australians have been the fastest growing community in the country since 2016. The federal Census in 2016 found the Indian community to be the third-biggest immigrant group, behind those hailing from China or the United Kingdom.

Australia has also been a popular place for Indian students to study, with more than 90,000 young Indians having flown in to pursue educational opportunities in 2019.

Battery Race: Why Latin America’s Lithium Triangle May Become a Bone of Contention for the US, China