The entry-level D-Series remains bare-boned, while the V-Series is an entry point for 4K resolution. The midtier M-Series boasts some higher-end features that will appeal to gamers, and the flagship P-Series, with local dimming zones, should bring the most precise content-viewing experience.

As a whole, Vizio is aiming to deliver a sharper and more vibrant picture, thanks to panel improvements and better processors for 2022. Here’s how they stack up. 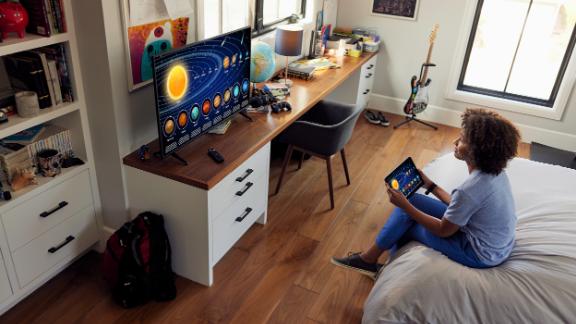 Vizio’s D-Series isn’t the most exciting, but it is the starting point. It’s a basic offering of 720p or 1080p HD TVs. For the most part, we recommend making the jump to a 4K TV, as you’ll get a longer life out of it and the content will look even better. The V-Series TVs, along with the M- and P-Series, offer 4K resolution and upscale lower-resolution content. The same goes for other TV models from TCL, Sony, Samsung and Hisense.

But the approach here is a responsive HD (720p) or Full HD (1080p HD) picture in a TV that doesn’t look like it’s from the ’90s. With 24-, 32-, 40- and 43-inch sizes, the D-Series on paper seems like an excellent choice as a secondary TV. As in, you wouldn’t likely want this for the biggest screen in the house. All of these feature Full Array backlighting, which should deliver better contrast points in an image. There is still a possibility that colors on a black surface might have a wave effect to them (what’s known as blooming), but with an improved backlighting panel we’re hopeful these don’t wash out the rest of the picture.

Don’t expect a jaw-dropping image on the D-Series, though. It’s powered by the IQ Processor and will run Vizio’s custom entertainment hub, SmartCast, out of the box. In our testing on 2020 and 2021 models, SmartCast isn’t our first pick and can be sluggish at times, but it offers access to many streaming services like Netflix, Hulu, Peacock, Apple TV+ and Amazon Prime Video out of the box. Here are the D-Series you can currently order now: 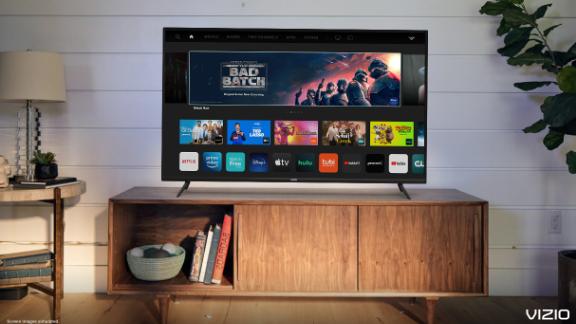 Moving up the line is the V-Series, Vizio’s entry-level 4K TV ranging in sizes from 43 to 75 inches. And the brand is aiming to cast a wide net with screen sizes, but know that almost all of these feature the same tech powering the experience inside. These are all powered by the IQ Active processor, which should deliver better upscaling and a smoother experience when navigating the SmartCast interface.

Some content standards are supported on the V-Series also: HDR10, HDR10+, HLG and Dolby Vision. These all make eligible content look the best it can on these TVs. Full Array backlighting behind the screen should allow for sharp and accurate colors along with strong contrast points. Vizio is also focusing on gaming with the V-Gaming Engine on every V-Series model. This lets you game at up to 4K 60 Hz resolution, which is a standard refresh rate that shouldn’t drop frames while playing a popular title like Fortnite. You’ll also find HDMI 2.1 ports on the V-Series (M and P as well), which means it’s ready for the latest gaming consoles, PlayStation 5 and Xbox Series X included. 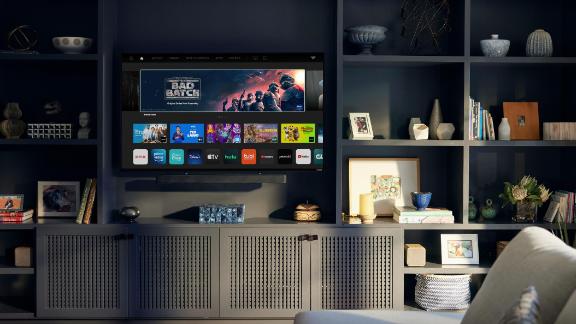 Vizio’s calling card with the more expensive M-Series is Quantum Color — essentially the ability to show more colors than other TVs without sacrificing vibrancy. It’s an impressive feature that we liked on previous M and P models, as it makes content more lifelike and aids in immersion. In past years, Vizio restricted this to higher-end M and P models. For 2022, though, Quantum Color is found on all models to a degree. With the wider color scale in play here, colors should look more true to life and pop on all of these. The higher-end MQ6 or MQ7 should deliver higher brightness and more colors, thanks to local dimming zones. Like the V-Series, you’ll find support for content standards and the IQ Active processor inside as well. M-Series spans from 43 to 75 inches. 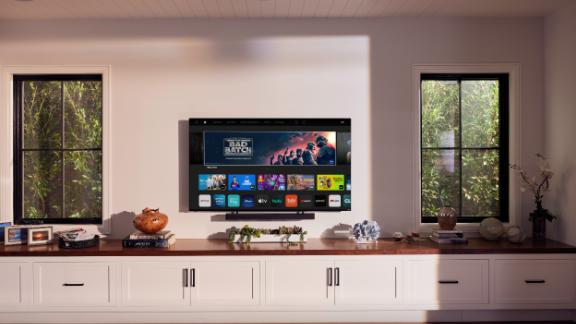 Last is the flagship P-Series with the faster IQ Ultra processor and Quantum Color. These are the models competing with Samsung’s Neo QLED and Sony’s higher-end LED offerings. The improvements to picture quality start with individual local dimming zones, which give the TV the ability to precisely create an image — for instance, with a scene like a starry night, it will light the individual clusters of stars (or a single star) versus the entire area where the stars are set in front of the vacuum of space.

The IQ Ultra processor inside is better equipped than the Active or standard IQ for upscaling content and making TV shows or movies alike look great on the big screen. The P-Series also supports 4K resolution at up to 120 frames per second, making it especially compelling for high-frame-rate content like sports, racing or games. Vizio’s P-Series will start shipping in July of 2021.

A new voice remote will also come with all V-, M- and P-Series models. This voice remote aims to make it easier to find content within SmartCast, and it should be less of a pain than using navigational buttons. The remote itself will communicate to the TV over Bluetooth, and SmartCast can now handle voice input. Sony and Samsung have offered voice for a while, but we’re intrigued to see how Vizio’s offering performs.

Survivors felt shaking during construction on nearby building, a Surfside commissioner says