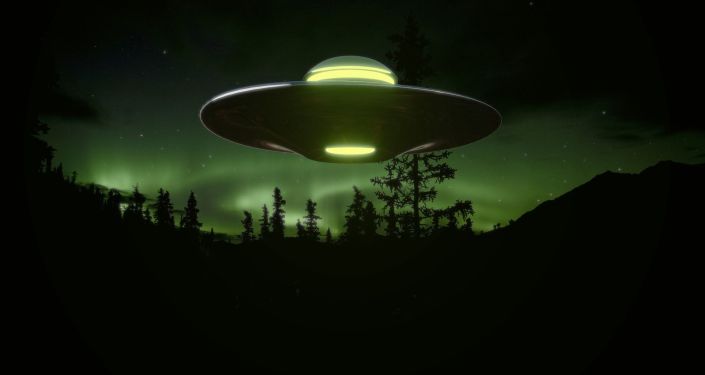 With the US Department of Defence being expected to present its report on UFO encounters to Congress, a professor of astrophysics at the University of Rochester named Adam Frank voiced his scepticism regarding the alleged sightings of extraterrestrial spacecraft.

In a column recently published by The New York Times, Frank postulated that, while the so called UFO sightings that date back to at least 1947 – the time of the Roswell incident – have become “synonymous in the popular imagination with evidence of extraterrestrials… scientifically speaking, there is little to warrant that connection”.

Pointing at the accounts of some US Navy pilots who spoke about running into “flying objects shaped like Tic Tacs or other unusual forms”, with aircraft cameras recording “amorphous shapes moving in surprising ways”, the scientist noted that it actually “doesn’t amount to much”.

“For one thing, first-person accounts, which are notoriously inaccurate to begin with, don’t provide enough information for an empirical investigation,” he explained. “Scientists can’t accurately gauge distances or velocity from a pilot’s testimony: ‘It looked close’ or ‘It was moving really fast’ is too vague. What a scientist needs are precise measurements from multiple viewpoints provided by devices that register various wavelengths (visual, infrared, radar). That kind of data might tell us if an object’s motion required engines or materials that we Earthlings don’t possess.”

The videos, he argued, also do not provide such data, since attempts to “make simple estimates” of UFOs flight characteristics based on the footage have yielded mixed results at best, while sceptics have shown that “some of the motions seen in the videos (like the ocean skimming) may be artefacts of the cameras’ optics and tracking systems”.

Frank also brought forth the so called “common-sense objections” inquiring about why the aliens won’t openly announce themselves if they visit us so often; and if they are trying to be stealthy, then why are they doing it so poorly, what with all those alleged UFOs being spotted by eyewitnesses and caught on film.

He also mentioned the possibility of the UFOs actually being “drones deployed by rivals like Russia and China to examine our defences”, noting that, while this hypothesis may sound far-fetched, it is “less extreme than positing a visit from extraterrestrials.”

“Don’t get me wrong: I’ll read with great interest the U.S. intelligence report about UFOs that is scheduled to be delivered to Congress in June,” Frank added. “I believe that UFO phenomena should be investigated using the best tools of science and with complete transparency.”

Dr. Frank, who together with his colleagues recently got awarded “one of the first NASA grants to look for signs of advanced technology on planets outside our solar system”, also complained that the UFOs story “obscures the fact” that he and scientists like him “are on the threshold of gathering data that may be relevant to the existence of intelligent extraterrestrial life”.

“But this evidence involves subtle findings about phenomena far away in the galaxy — not sensational findings just a few miles away in our own atmosphere,” he remarked.

The Pentagon’s report on UFOs is expected to be presented to the US Congress this month, and may well become the most substantive US government account of what is now referred to as Unidentified Aerial Phenomena, or UAP for short, to be released to the public.

Abu Dhabi Does: UAE Has Reportedly Come Up With Secret Roadmap for India Pakistan Peace

‘Can See My House From Here’: Jeff Bezos Mocked Over Upcoming Space Trip