The increase in demand is an important lesson learned, considering that officials still need to convince about half the US to get vaccinated 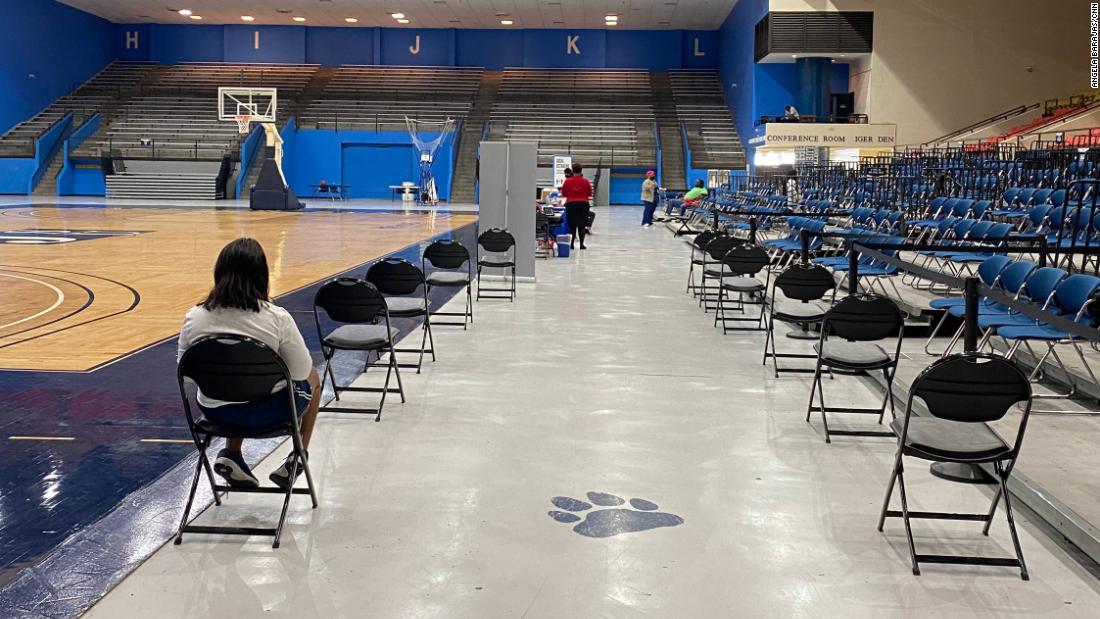 Data obtained exclusively by CNN shows that interest in getting vaccinated against Covid-19 increased right after Dr. Rochelle Walensky, director of the US Centers for Disease Control and Prevention, announced two weeks ago that vaccinated people could take off their masks.

“This shows incentives matter,” said Dr. Jonathan Reiner, professor of medicine and surgery at George Washington University School of Medicine. “People needed a carrot, and the carrot was the ability to drop the mask in most settings.”

The data comes from vaccines.gov, where people look up vaccination sites by zip code.

On the afternoon of May 13, just after Walensky’s announcement, the number of visits to the site started to climb, hitting its second highest number of visitors since the website was launched on April 30.

A few hours after Walensky’s announcement, Dr. Anthony Fauci, President Joe Biden’s chief medical adviser, told CNN that “the decision that the CDC made was not as an incentive to get people vaccinated, but this could actually have the indirect effect of getting people to be incentivized to get vaccinated.”

In the days that followed, Walensky’s announcement become controversial, with some saying it might not incentivize people to get vaccinated and could actually increase the spread of Covid-19, as people who have not been vaccinated could be dishonest and take off their masks.

So far, CDC data shows that the number of Covid-19 cases in the US has decreased steadily since May 13.

May 13 traffic on vaccines.gov

On vaccines.gov, May 13 started out like any other day, as visits climbed throughout the morning and then started to decline around noon.

But then things took an unusual turn.

At 2:17 p.m. ET, Walensky made her surprising announcement.

“Anyone who is fully vaccinated can participate in indoor and outdoor activities, large or small, without wearing a mask or physical distancing,” she said.

Within minutes, at a point in the day when visits on the site typically go down, the opposite happened.

“Just after 2 p.m., you really started to see them go up,” Brownstein said.

They number of visits kept climbing, hitting a peak shortly after 4 p.m., just after Biden mentioned the new rules.

“Today is a great day for America in our long battle with the coronavirus,” Biden said at 3:58 p.m. at a White House briefing. “I think it’s a great milestone. A great day.”

At 4:12 he tweeted: “The rule is now simple: get vaccinated or wear a mask until you do. The choice is yours.”

Shortly after Biden’s speech and tweet, vaccines.gov saw its second highest peak ever – just over 40,000 visitors – since the site launched on April 30. The highest peak was on May 4, with slightly more visitors, following a publicity campaign for the site’s launch.

“I didn’t think we would see such a well-defined spike in interest,” Brownstein said.

May 13 turned out to be the busiest day yet for the website. That interest was sustained for about a week, with 1,972,434 visitors throughout the week, compared to 1,604,686 visits in the week before the mask guidance announcement.

After decline, vaccination numbers leveled off

Based on the timing of the May 13 spike on vaccines.gov, it’s quite clear that the Walensky announcement, and the subsequent presidential speech and tweet, were responsible for the increase, Brownstein said.

“A spike in usage on vaccines.gov right at that moment tells us that relaxing certain restrictions informed some people’s decision to get the vaccine,” Brownstein said.

Actual vaccinations – not just visits to the website – also went up on May 13 after nearly a month of declining, but it’s less clear what role the change in mask guidance played.

That’s because the day before Walensky’s announcement, the CDC’s Advisory Committee on Immunization Practices recommended the use of Pfizer’s Covid-19 vaccine in adolescents ages 12-15 year, opening up the vaccine for 17 million more Americans.

Adding that group of young people clearly increased the number of people getting vaccinated, but an analysis of the data suggests vaccination rates improved for older age groups, too.

Vaccinations of just Americans age 16 and older were on a precipitous decline since early April, hitting a 7-day average of about 546,000 first doses reported on May 18, the lowest point in months.

Then they went back up again, hitting an average of over 599,000 first doses reported on May 22.

The carrot and the stick

Even though some Americans have become cynical about pronouncements from government officials and scientists, the May 13 change in mask guidance resonated with at least a subset of the population, Brownstein said.

It’s an important lesson learned, considering that public health officials still need to convince about half the country to get vaccinated.

“There was a specific segment of the population for which this new mask guidance was meaningful, so as we’re trying to figure out which strategies work, this is one of them,” Brownstein said. “For others, maybe lottery tickets or other incentives might work. But this one did work for at least some people.”

Reiner agreed, noting that for some, the carrot works better than the stick.

“I’ve tried talking to young people, getting them to focus on the fact that about 500 Americans a day are still dying of Covid,” Reiner said. “But no 18-year-old thinks they’re going to die from anything, so that didn’t really resonate with them. But showing them they don’t have to wear a mask – that was the key.”

He said he hopes public health leaders will remember the carrot approach.

“I do think the CDC should have this talk frequently. In the past it was just doom and gloom, but what this data shows is when you give the public some positive reinforcement, it really can bear fruit.”

‘Bachelorette’ star to have breast implants removed after health issues