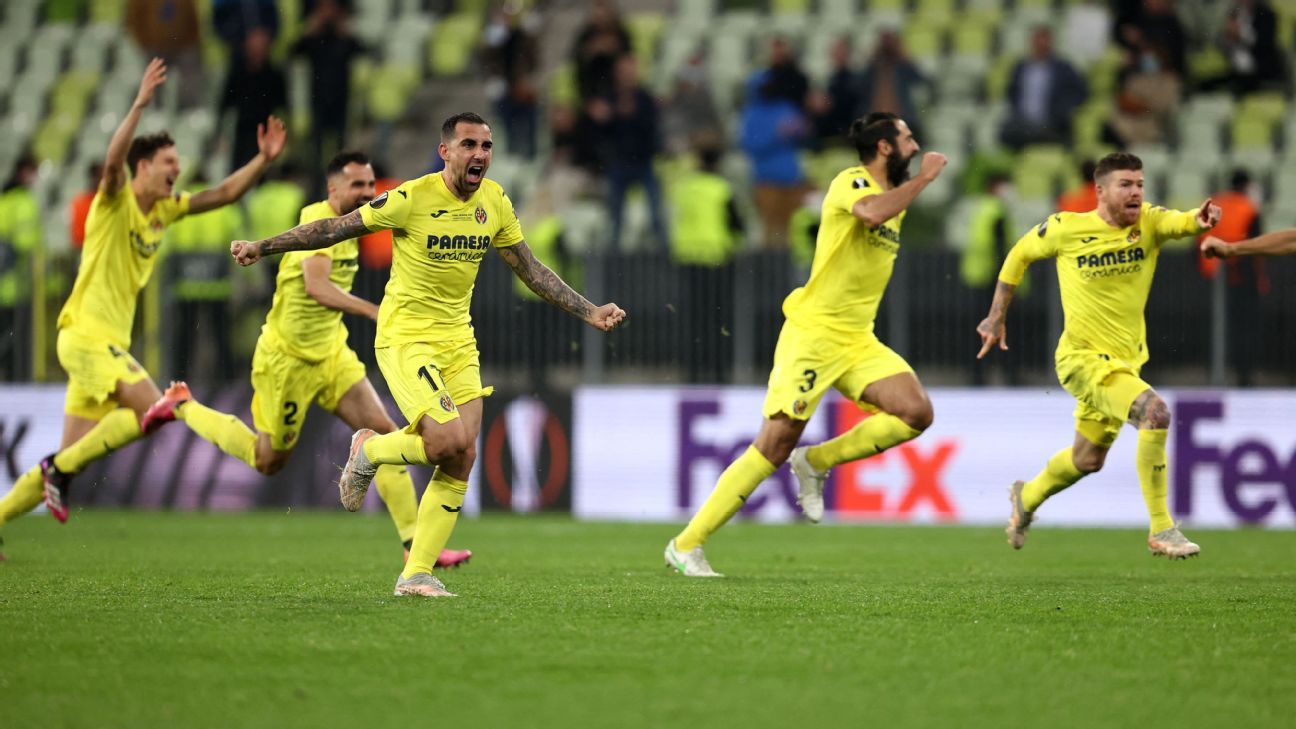 After 120 minutes failed to separate Manchester United and Villarreal, the two clubs went to a penalty shootout to decide the Europa League final. What happened next was simply incredible, as both sides made their first 10 penalties before Villarreal goalkeeper Geronimo Rulli beat David De Gea and then saved his counterpart’s subsequent spot kick to hand the Yellow Submarine their first-ever major trophy!

This is for everyone who has been part of Villarreal history.

As penalty shootouts go this is pretty bloody good.

As our Mark Ogden points out it has been quite the barren run for David De Gea when it comes to penalty shootouts:

Can’t blame De Gea for the penalty miss, but he’s now failed to save his last 35 spot-kicks. He didn’t look like saving any either. With all the info keepers now have on penalties, that’s just not good enough for a keeper of his reputation

One of the many things Emery said in the ESPN interview with @fernandopalomo : penalties are not luck.

When do the managers take?

They are the 7th team in UEFA Cup/Europa League history (since 1971-72) to lift the trophy without a single loss in European competition that season. pic.twitter.com/TMddYiIpmA

The only team who have beaten Unai Emery in a UEL Final 🏆 pic.twitter.com/P1pwTZlg2p

Emery is now 4-1 in Europa League finals. His only loss?

Unai Emery has now won the #UEL four times, the most by any manager in the history of the UEL/UEFA Cup.

This is his competition. 🏆 pic.twitter.com/R5XMB53VK3

Villarreal’s first-ever trophy triumph means a lot to everyone involved but how about star centre-back Pau Torres, who was born in the town of Villarreal and joined the club in 1996 at age six! What a journey!

We take it again. This is Pau Torres in 1997 he was born in Villarreal a town of only 50,000, at the age of 6 he joined the clubs youth teams. Today he was vital as his Villarreal won their first ever trophy and became the team from the smallest town to ever win a European title! pic.twitter.com/VwgDA1bXl2

One year after ‘Game Zero,’ Bergamo finds joy in Atalanta

Blue Jays get P Berrios from Twins for prospects

Should the PGA Tour’s FedEx Cup playoffs really be this easy?