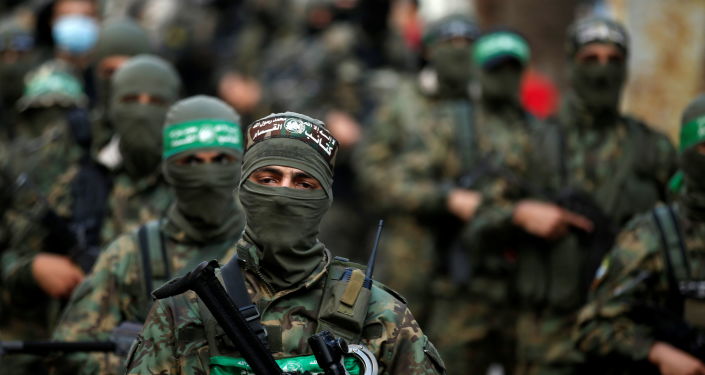 Israeli Defence Minister Benny Gantz has called upon the international community to rebuild the Gaza Strip, which has been hit hard by Tel Aviv’s military strikes against Hamas. He told Channel 12 that these efforts should involve the Palestinian National Authority and other actors in the region.

“If we are only pulled toward where the extremists take us, nothing good will grow,” Gantz said. “We need to look for moderate channels and condition [aid] on proper civil development of the Gaza Strip.”

“Gaza is in ruins because of Hamas’ actions,” he added, while slamming “the victory narrative” pushed by the group’s leaders following the Thursday ceasefire announcement that came into effect on 21 May.

After 11 days of heavy conflict that left some 248 Palestinians and 13 Israelis dead according to health officials, both sides have claimed victory following the new round of regional tensions. But according to Gantz, “Hamas didn’t manage to do anything effective.”

“We achieved all the goals we set for ourselves — severely hitting Hamas, its operatives, infrastructure and anything to do with its offensive capabilities,” the defence minister said.

Meanwhile, a spokesperson for the Israel Defence Forces (IDF), Hidai Zilberman, confirmed this week that the country’s military made at least two attempts to kill long-wanted Hamas’s military wing leader Mohammed Deif during the latest operation against the group, but failed.

“It will not be the last time we try,” Gantz told the channel.

© REUTERS / MOHAMMED SALEM
A Palestinian woman puts her hand on her head after returning to her destroyed house following Israel- Hamas truce, in Beit Hanoun in the northern Gaza Strip, May 21, 2021

Deif, the supreme military commander of Hamas’ Izz ad-Din al-Qassam Brigades, is being directly blamed for a large number of Israeli deaths in recent terror attacks in the country, including bus bombings in Jerusalem and Ashkelon. He has been Israel’s “most wanted” person for over 25 years now, with the Israeli security services carrying out at least five attempts to assassinate him in recent years, none of which succeeded, despite heavily injuring Deif, who reportedly lost both his legs and an arm in a 2006 airstrike. In 2014, his wife, three-year-old daughter, and infant son were killed by Israel during conflict in Gaza.

“We’ll succeed in the end… For all Hamas leaders responsible for firing and launching terror against civilians — their blood is on their own hands,” Gantz warned.

The defence minister earlier said that the 21 May ceasefire has facilitated diplomatic efforts to build a new reality “on the rubble of the homes of the Hamas leaders.”