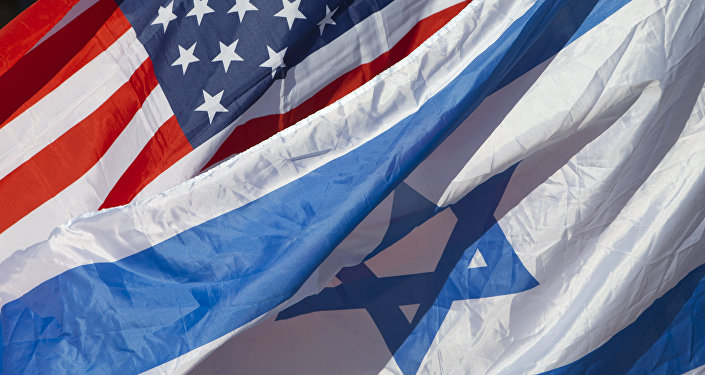 Israeli Ambassador to the US Gilad Erdan went on Twitter on Sunday to express gratitude to US President Joe Biden for issuing a ‘strong message of support’ to Israel in its response to rocket attacks from Gaza.

Thank you @POTUS for your strong message. May the rest of the international community follow your lead and support Israel’s right to defend itself. https://t.co/icXOPiRZWE

Biden had spoken to Israeli Prime Minister Benjamin Netanyahu and Palestinian Authority President Mahmoud Abbas on Saturday amid the spiralling violence in the Middle East. During his call with Netanyahu, Biden reiterated support for Israel’s right to self-defence against rocket attacks from the militant group Hamas in Gaza, according to a readout released by the White House.

“The President noted that this current period of conflict has tragically claimed the lives of Israeli and Palestinian civilians, including children. He raised concerns about the safety and security of journalists and reinforced the need to ensure their protection,” the readout said.

During the conversation with the US President, Netanyahu insisted Israel “is doing everything to avoid harming” those who aren’t involved with Hamas and that “those not involved” were evacuated from the 12-story building in the Gaza Strip that housed the offices of The Associated Press and Al Jazeera. The building collapsed on Saturday after a strike by three Israeli missiles.

We warned civilians in the building about our strike out of concern for their safety & gave them enough time to safely evacuate.

Hamas & Islamic Jihad used this time to take items out of the building. We were willing to pay that price to not harm any civilians.

​The Middle East is witnessing the fiercest Israeli-Palestinian escalation in years, with Israel Defence Forces (IDF) air strikes in Gaza killing at least three Palestinians early on Sunday, according to health officials, while Palestinian militants fired rockets towards Tel Aviv, causing people there to flee to bomb shelters.

Earlier in the week, the Israeli envoy to the US struck a different tone as he slammed the US State Department for its statement, issued in response to the violence in Jerusalem.

The US State Department had issued a statement calling for de-escalation on both sides in Jerusalem as tensions surged on Monday.

“The US State Department message is not acceptable to me. It is impossible to put in the same message statements by Israeli leaders who call for calm alongside instigators and terrorist organisations that launch missiles and rockets,” Israel’s ambassador to the US, Gilad Erdan, wrote on Twitter in Hebrew, according to AP.

On Tuesday, the Biden administration responded to the escalating violence in the Middle East by saying that Israelis and Palestinians “deserve equal measures of freedom, security, dignity and prosperity,” according to the White House.

Biden’s administration had “spoken candidly with Israeli officials about how evictions of Palestinian families who have lived for years, sometimes decades, in their homes, and of demolitions of these homes work against our common interests in achieving a solution to the conflict,” said the spokeswoman Jen Psaki.

Tensions had been running high in the Sheikh Jarrah neighbourhood of East Jerusalem after an Israeli court ordered the eviction of Palestinian families.

© AP Photo / Sebastian Scheiner
An Israeli ultra-Orthodox Jewish man looks down from a house in the Sheikh Jarrah neighborhood of East Jerusalem, Monday, May 10, 2021.

Furthermore, at the start of the Islamic month of Ramadan, the Israeli decision to restrict access to the Temple Mount, a holy site for Jews and Muslims and home to the Al-Aqsa Mosque, generated riots as mobs of young Arab men initiated dozens of attacks on Jewish civilians.

© AFP 2021 / AHMAD GHARABLI
Palestinian medics walk near the Dome of the Rock as they evacuate on a stretcher a wounded protester from the Aqsa mosque compound in Jerusalem’s Old City on May 10, 2021, amidst clashes with Israeli security forces.

Amid escalating violence, the IDF fired artillery and intensified airstrikes against a network of Palestinian militant tunnels under Gaza.

According to Palestinian health officials, at least 119 people have been killed in Gaza, including 31 children and 19 women, and 830 others wounded.

The UN Security Council (UNSC) is scheduled to meet Sunday to discuss possible ways to de-escalate the Israel-Palestine conflict.