Any Life ‘Discovered’ on Mars Likely to Have ‘Hitchhiked’ From Earth, Scientist Warns 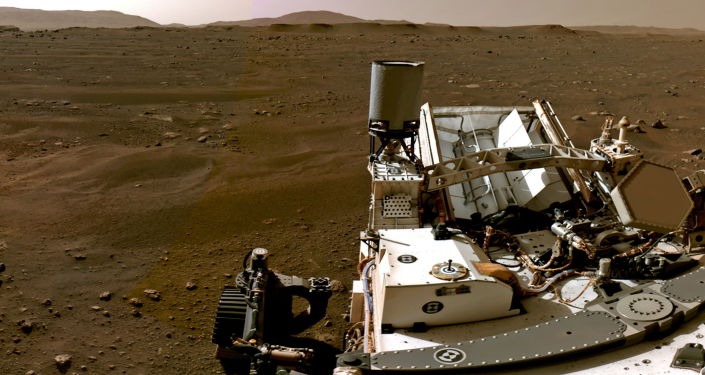 Christopher Mason, a geneticist at Cornell University, has warned that any organism discovered in humanity’s colonization of Mars could have already had origins that trace back to certain organisms living here on Earth.

Mason notes in an article for the BBC that since the pursuit of Mars started, many different spacecraft and rovers have been sent into space. Currently, Perseverance, a rover sent to Mars by NASA, is cruising around Mars collecting samples and observing the red planet.

Mason outlines that the presence of new organisms, despite their alien appearance, would have to be studied to check for the presence of DNA sequences found here on Earth. The geneticist maintains that this form of DNA contamination can be found throughout different points in history, such as the American spread westward across the North American continent.

“Humans have a poor track record of this on our own planet. Smallpox, for example, was spread on blankets given to indigenous people of North America in the 19th century. Even in 2020, we have been unable to contain the rapid spread of the virus that causes COVID-19, SARS-CoV-2,” Mason wrote.

Mason and his team are particularly interested in the presence of microorganisms that can withstand extreme temperatures, radiation resistance and antibacterial resistance as it can provide more insight into the expansion of DNA.

“Microbes could potentially hitchhike their way to Mars, even after pre-launch cleaning and exposure to radiation in space, and their genomes may change so much that they look truly otherworldly, as we have recently seen with microbes that evolved on the International Space Station,” Mason stated, referring to research where he and a team of scientists studied four different strains of bacteria some with origins mostly related to North American, European and Pacific island types.

“If these types of species were found in the Martian soil, it could potentially spark misguided research into the universal features of life or Martian life,” Mason added.

For years, science has experimented with the evolution, expansion and spread of organisms in a research method they call “shotgun metagenomes.”

Scientists still wish to discover the presence of actual alien life forms, but Mason says that it would not be a shocker if DNA results from organisms found in space ended up being present on Earth, as well.

Researchers are continuing to expand their database of Earth present DNA samples in order to learn more about the expansion of the solar system. Mason believes that in the next 500 years, forward contamination will be the only way to preserve certain life samples found here on Earth.

India OKs $1Bn Scheme to Attract IT Hardware Manufacturers From China, US & Other Nations