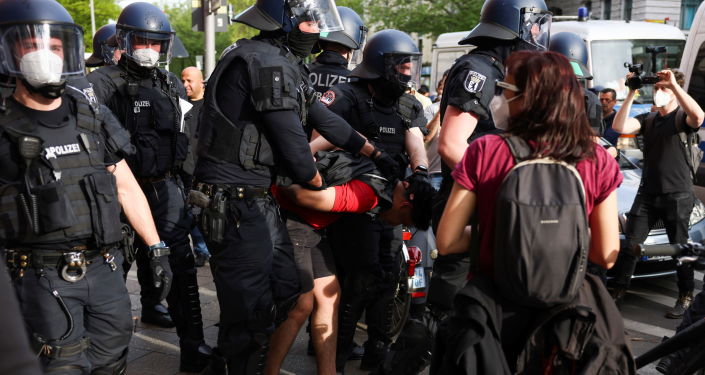 According to Die Welt, about 1,500 people have taken to the streets of Bremen. Protesters with Palestinian and Turkish flags demanded that Israel immediately stop strikes on the Gaza Strip.

In Hanover, police dispersed a protest of about 550 people over violations of sanitary requirements. There were also attempts to burn Israeli flags, for which two people were detained. In the city of Gelsenkirchen, about 200 protesters gathered outside a synagogue chanting chauvinist slogans, according to the Bild tabloid. The police were able to block the protesters’ way to the synagogue using batons.

The law enforcement officers in the city of Münster told Sputnik that the security of the local synagogue had to be strengthened following the Wednesday riots. A group of radicals burned the flag of Israel on the street that houses the synagogue. Thirteen people were detained.

In Bonn, the security of Jewish religious sites was beefed up after a group of young people set the synagogue on fire. Three people were detained, one more suspect is on the run.

Meanwhile, 16 police officers were injured at a protest rally by pro-Palestinian activists in the German capital.

Putin hails closer relations with Belarus in meeting with Lukashenko