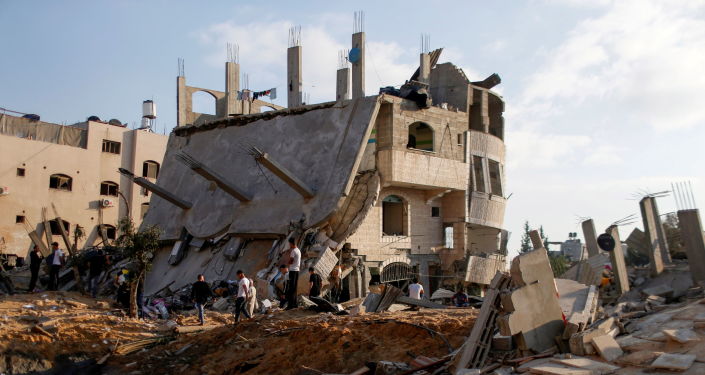 Egypt’s security delegation has left Tel Aviv following Israel’s launch of a new military operation, and Israel has refused Egypt’s calls for a humanitarian cease-fire, Al Arabiya reported, citing sources with the knowledge of the situation.

According to the report, a delegation from Egypt traveled to the Gaza Strip and then to Tel Aviv to consult with the authorities on the issue of reaching a ceasefire.

“Israel has rejected the Egyptian request for a humanitarian ceasefire, the Egyptian delegation has left Tel Aviv, fearing the start of a military operation,” a source told al-Arabiya broadcaster.

The IDF’s operation comes after several days of intensive rocket fire from the Palestinian territory. Israeli Prime Minister Benjamin Netanyahu said that the military operation against Hamas in the Gaza Strip would continue as long as necessary.

Residents of Israeli border settlements have been ordered to stay in bomb shelters until further notice by the country’s army, the IDF said.

‘Give Me My Food!’ Hungry Cat Can’t Get Enough of Tasty Treat

Crazy Dance: Little Wombat Likes to Move It Move It