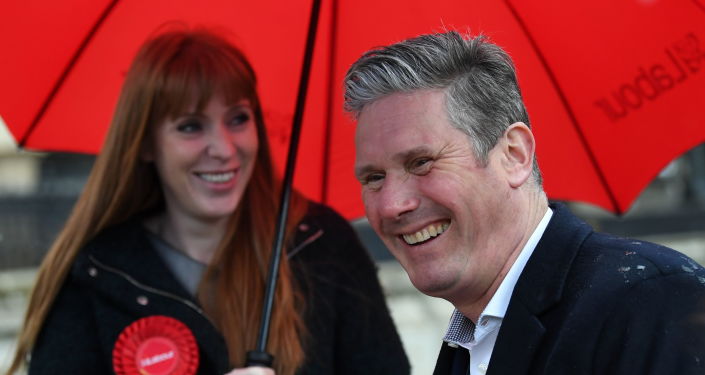 “She was briefing salacious rumours about Angela over the weekend and got caught,” a senior Labour figure told the newspaper. “She’s a total wrecking ball and has done him a lot of harm in PLP.”

A PPS serves as a party leader’s — or minister’s — ‘eyes and ears’ in Parliament, liaising with MPs. But sources told the Times that Harris had become unpopular with some backbenchers in recent months.

Labour has tried to present a united front following disastrous results in the May 6 ‘Super Thursday’ elections, when Labour lost a string of councils and the Hartlepool parliamentary seat it had held for 57 years.

But Starmer’s Sunday reshuffle — which saw Rayner sacked as party chairwoman with responsibility for campaigning — raised hackles among some, including re-elected Greater Manchester Mayor Andy Burnham.

Rayner, who became a grandmother at the age of 37 in 2017, was elected deputy leader in April 2020 alongside Starmer — in the wake of Labour’s landslide defeat by Prime Minister Boris Johnson’s Conservative Party in December 2019.

The latest polls painted a grim picture for Labour, with the Tories regaining their previous lead of around ten points — after a brief slump amid sleaze allegations against Johnson — with Starmer’s personal approval rating plunging.