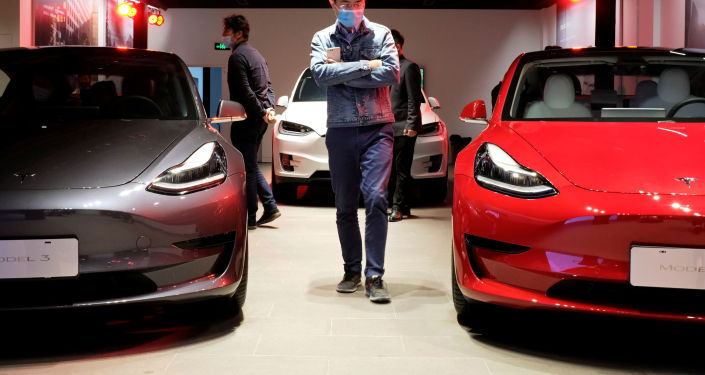 Tesla Motors is facing further setbacks in China after a driver died after hitting a truck in Shaoguan, Guangdong province, Pandaily reported on Monday.

The vehicle was seen travelling in an underpass just before crashing into the back of the truck, surveillance footage of the incident on 7 May revealed, Chinese media reported.

The statement did not mention Tesla, but the US automaker told Chinese media it would also investigate the crash and would fully cooperate with authorities.

The news comes just weeks after a protestor climbed on a Tesla vehicle wearing a t-shirt stating “brake malfunction” at the Shanghai Auto Show, who accused the automaker of failing to address complaints.

The woman’s Tesla Model 3 failed to brake in February, causing a massive car accident. She filed a lawsuit on Thursday against Tesla China and demanded a public apology along with $7,740 USD (50,000 Yuan).

Tesla China vice president Tao Lin accused the woman of receiving help to carry out the protests, the report said.

The company faced further concerns after an incident involving a Model 3 crash on 17 April, which killed a passenger after the vehicle slammed into a wall.

The electric vehicle firm said it would work fully with authorities and release vehicle data to investigators to track concerns over the vehicle’s braking systems.

Over ten suspicious accidents have been documented in the nation since 2020, state media Global Times said in its report. Tesla later announced it would develop a platform for Chinese customers to access vehicle data.

Beijing also requested the automaker to store data from the vehicles in China for security.

Further headaches for the company were revealed after Chinese authorities raised concerns over quality assurance problems and banned the vehicles from entering Chinese military spaces in March.

US Intensifies Planning for Emergency Evacuation of Embassy in Afghanistan, Reports Say