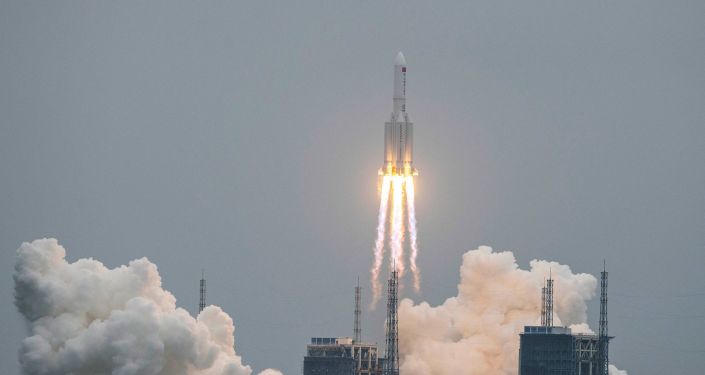 “US Space Command is aware of and tracking the location of Chinese Long March 5B in space”, Psaki said at a press briefing.

US Air Force said earlier in the day it expected the core of the rocket to crash down in the Pacific Ocean by the end of the week.

China launched the Long March 5B carrier rocket with the main module (Tianhe, or “Harmony of the Heavens”) for the nation’s future orbital station at the end of April. Tianhe will be the control hub for the Tiangong (or “Heavenly Palace”) orbital station.

Beijing expects to finish assembling its first space station in lower Earth orbit by 2022. The country has planned several missions, both cargo ship and crewed ones, across 2021 and 2022 to complete the complex and plans to officially launch the space station in 2023.