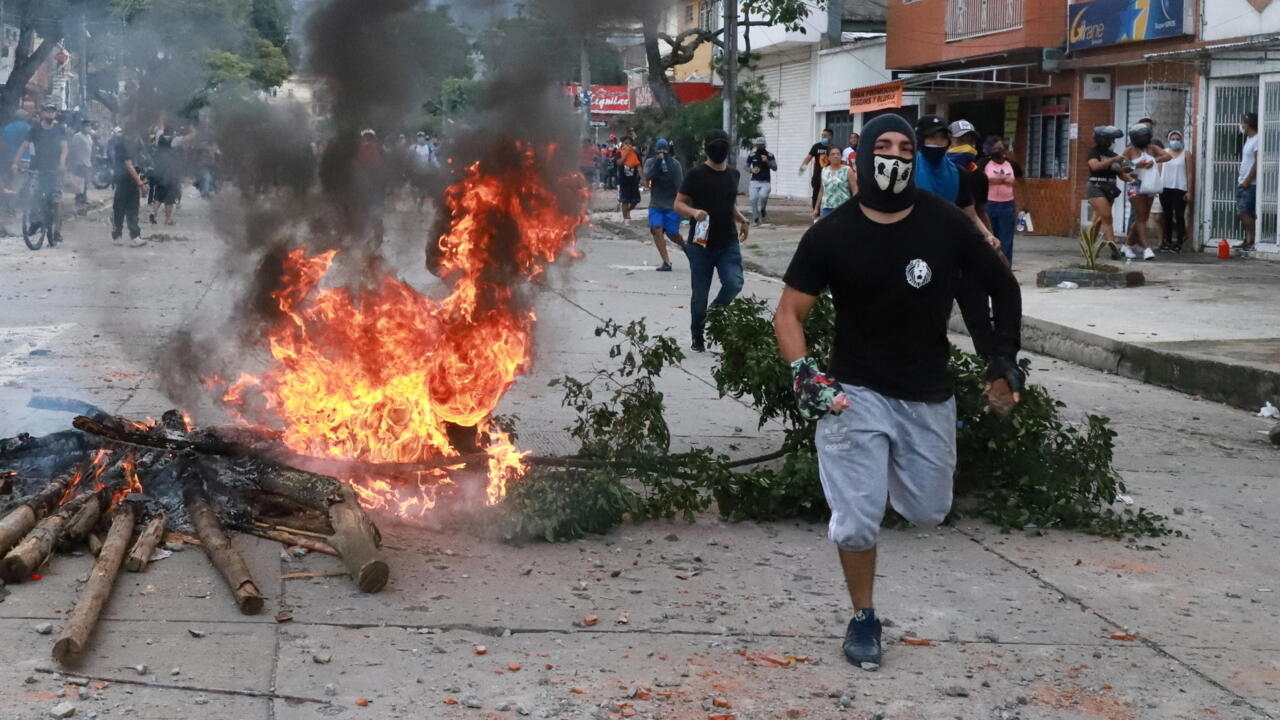 Protesters in Colombia on Monday called for a new mass rally after 19 people died and more than 800 were wounded in clashes during five days of demonstrations against a proposed government tax reform.

The office of Colombia‘s human rights ombudsman said 18 civilians and a police officer died in violence during the protests that began throughout the country on April 28, while 846 people, including 306 civilians, were injured.

Authorities have detained 431 people, and the government deployed the military in the worst affected cities.

Some NGOs accused police of firing at civilians.

Faced with the unrest, the government of President Ivan Duque on Sunday ordered the tax reform proposal be withdrawn from Congress, where it was being debated.

And on Monday, Colombia’s Finance Minister Alberto Carrasquilla resigned, saying in a statement his continued presence “would make it difficult to build the necessary consensus quickly and efficiently” for a new reform proposal.

Despite the withdrawal of the bill, which protesters said would make Colombian poorer in the midst of the coronavirus pandemic, an umbrella group known as the National Strike Committee called for new demonstrations on Wednesday.

“The people in the streets are demanding much more than the withdrawal of the tax reform,” it said in a statement.

Duque, whose approval rating has plummeted to 33 percent, has hit out at protesters’ “vandalism” while the country is battling a lethal second pandemic wave.

Despite that, dozens of people were out on the streets anew Monday, protesting in the capital Bogota, the northwestern city of Medellin, Cali in the southwest and Barranquilla in the north.

Most of the demonstrations, which started last Wednesday, began peacefully before descending into clashes between demonstrators and public forces.

Defense Minister Diego Molano claimed the violence was “premeditated, organized, financed by FARC dissidents” and members of the ELN.

FARC — the Revolutionary Armed Forces of Colombia — leftist rebels signed a peace deal with the government in 2016 to end more than a half century of conflict, leaving the ELN — National Liberation Army — as the last operational guerrilla group in the country.

The tax reform had been heavily criticised for punishing the middle classes at a time of economic crisis.

The government introduced the bill on April 15 as a means of financing public spending.

The aim was to generate $6.3 billion between 2022 and 2031 to reignite the fourth largest economy in Latin America.

Hit by coronavirus restrictions, Colombia’s economy shrank by 6.8 percent in 2020, its worst performance in half a century.

Unemployment reached 16.8 percent in March, while 42.5 percent of the population of 50 million now live in poverty.

On Sunday, Duque said he would draft a new bill without the most contentious points: a rise in VAT on goods and services, and an expansion of the taxpayer base.

Meanwhile, the Temblores NGO said it had recorded 940 cases of police violence against civilians during the unrest and was investigating the deaths of eight protesters allegedly attacked by police.

Jose Miguel Vivanco, Americas director at Human Rights Watch, said one person was killed by police in Cali, one of the cities worst affected by street violence.

The deployment of the military to the streets has caused alarm in Colombia.

In September 2020, 13 youths died in clashes during a demonstration against police violence.

Another 75 people were injured by projectiles allegedly launched by police.

The protesters had been angered by the death of 43-year-old Javier Ordonez while being subjected to a brutal beating by an officer.