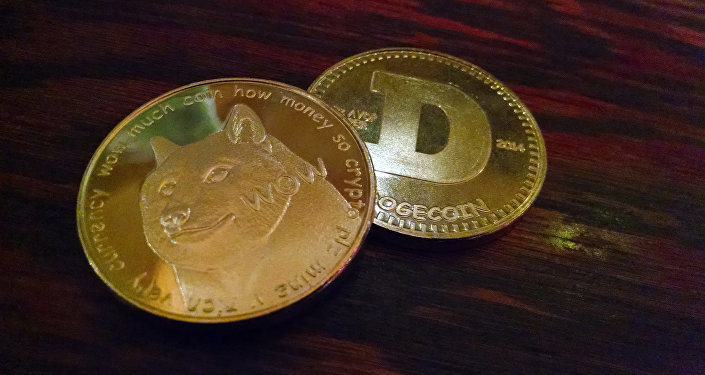 Mockery cryptocurrency Dogecoin has shown an outstanding increase, surging from $0.27 to $0.44 within a week, according to Coindesk, as the digital currency became available on popular online trading platform eToro.

While the platform has approximately 20 million registered users, Dogecoin’s price rise elevated the cryptocurrency’s market cap back above $53.4 billion.

A community of meme-inspired cryptocurrency advocates, the so-called Dogecoin Army praised the surge as it aims to drive Dogecoin to the $1 threshold.

Usually, the price of altcoins follows the dynamics of bitcoins, but this trend was broken last month as a sharp decline of the price of the world’s number one cryptocurrency was accompanied by Ethereum’s all-time record of nearly $3,300. Bitcoin has more recently been trading well below its peak (about $56,600), with its market share falling to a three-year minimum of 46 percent.

Dogecoin, which can boast of several high-profile loyal admirers, including tech billionaire Elon Musk and billionaire Mark Cuban, have faced some criticism from those who believe that the crypto is nothing but a hype toy, invaluable without Musk’s tweets, which, when he references the cryptocurrency, usually boosts its price.

Mike Novogratz, CEO of Galaxy Investment Partners, which actively invests in Bitcoin and Ethereum, commented on cryptocurrency volatility, saying that Dogecoin “doesn’t really have a purpose” and he “would be very worried if one of his friends were investing in dogecoin at these prices.”

Prince William is ‘Sad and Shocked’ By Harry’s Behaviour Towards the Queen, Report Says