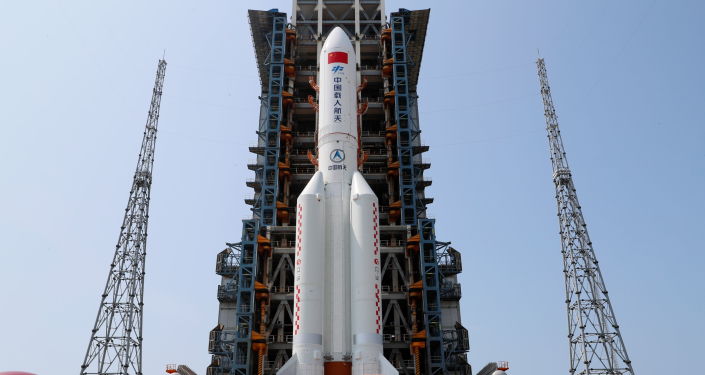 Parts of China’s Long March 5B rocket are falling back to the Earth and are feared may land on an inhabited area, The Guardian reported, citing Jonathan McDowell, astrophysicist at the Astrophysics Centre at Harvard University.

Although it is hard to predict where the debris will land, the impact could be the “equivalent of a small plane crash scattered over 100 miles”, McDowell warns.

“Last time they launched a Long March 5B rocket they ended up with big long rods of metal flying through the sky and damaging several buildings in the Ivory Coast”, he was quoted as saying.

Judging by its orbit, it may hit the ground around 10 May anywhere in an expansive area ranging from as far north as New York, Madrid, and Beijing and to as far south as Chile and New Zealand.

However, the scientist expects the rocket parts to fall into the sea, given that most of our planet is covered by the ocean.

The rocket is currently travelling at a speed of 27,600km/h in failing orbit and is continuing to uncontrollably lose altitude.

The Long March5B was launched in late April as part of a mission for the construction of a Chinese space station, slated to be completed late next year.

‘Know Your Place!’: Dog Ousted From Its Bed by Cat Buddy