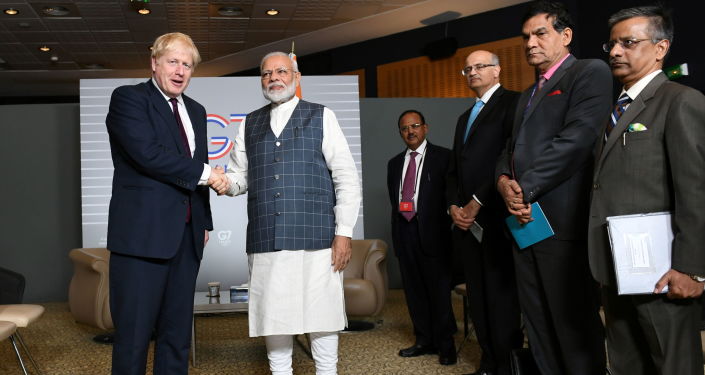 According to the statement, Johnson, who earlier this month canceled a planned official visit to New Delhi due to the surge in COVID-19 cases and deaths in the former British colony, will hold a virtual meeting with Modi later on Tuesday.

The new partnership, which will pave the way for a future UK-India Free Trade Agreement, contains a package of over £553 million ($769 million) of new Indian investment into the UK, including a $333 million investment by the Serum Institute of India to support vaccine clinical trials, research and development and possible manufacturing of vaccines in the UK, where more than 6,500 jobs could be created.

“Like every aspect of the UK-India relationship, the economic links between our countries make our people stronger and safer, Johnson stated.

According to the UK prime minister, the new partnership and a future free trade agreement will help to double the value of the UK’s trading relationship with India and “take the relationship between our two countries to new highs.”

According to official figures, trade between the two countries is already worth around £23 billion ($31.9 billion) a year and supports more than half a million jobs.

The future post-Brexit comprehensive free trade agreement will support hundreds of thousands of jobs and boost both economies by potentially lowering or removing current tariffs on whiskey and automotive products as well as on other UK items, and would also purportedly create huge benefits for UK services.

Work at Iran’s Chabahar Port Delayed During Sanctions, Likely to Be Operational by May – US Report