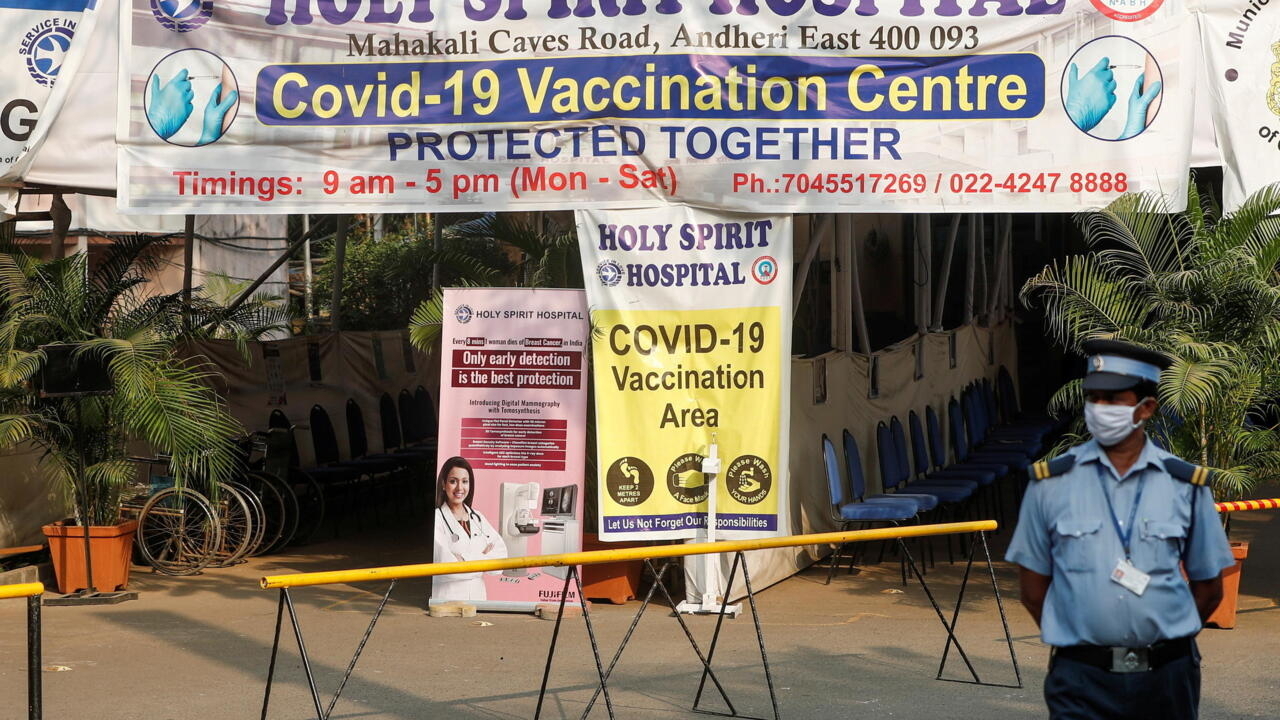 India posted a record daily rise of 401,993 new coronavirus cases on Saturday as the country opened up its mega vaccination drive to all adults, although several states warned of acute vaccine shortages.

The world’s largest maker of vaccines was still short of critical supplies — the result of lagging manufacturing and raw material shortages that delayed the rollout in several states. And even in places where the shots were in stock, the country’s wide economic disparities made access to the vaccine inconsistent.

Only a fraction of India’s population will be able to afford the prices charged by private hospitals for the shot, experts said, meaning that states will be saddled with immunising the 600 million Indian adults younger than 45, while the federal government gives shots to 300 million health care and front-line workers and people older than 45.

Since state governments and private players compete for shots in the same marketplace, and states pay less for the doses, vaccine makers can reap more profit by selling to the private sector, said Chandrakant Lahariya, a health policy expert. That cost can then be passed on to people receiving the shots, increasing inequity.

“There is no logic that two different governments should be paying two prices,” he said.

Concerns that pricing issues could deepen inequities are only the most recent hitch in India’s sluggish immunisation efforts. Less than 2% of the population has been fully immunized against Covid-19 and around 10% has received a single dose. Immunisation rates have also fallen. The average number of shots per day dipped from over 3.6 million in early April to less than 2.5 million right now.

In the worst-hit state of Maharashtra, the health minister promised free vaccines for those ages 18 to 44, but he also acknowledged that the shortage of doses meant immunisation would not start as planned on Saturday. States say the paucity of shots is one reason why immunizations have declined.

India thought the worst was over when cases ebbed in September. But mass gatherings such as political rallies and religious events were allowed to continue, and relaxed attitudes on the risks fueled a major humanitarian crisis, according to health experts. New variants of the coronavirus have partly led the surge. Deaths officially surpassed 200,000 this week, and the true death toll is believed to be far higher.

The country’s shortage of shots has global implications because, in addition to its own inoculation efforts, India has promised to ship vaccines abroad as part of a United Nations vaccine-sharing program that is dependent on its supply.

Indian vaccine makers produce an estimated 70 million doses each month of the two approved shots — the AstraZeneca vaccine made by the Serum Institute of India and another one made by Bharat Biotech.

The federal government is buying half of those vaccines to give to states. The remaining half can then be bought by states and private hospitals to be given to anyone over 18, but at prices set by the companies.

By comparison, the European Union paid $2.15 per dose for the AstraZeneca vaccine. The company says that price is discounted because the EU contributed to the vaccine’s development.

The strain is mounting on the Serum Institute, which in addition to being India’s main supplier is also a critical supplier of the U.N.-backed initiative known as COVAX, which more than 90 countries are depending on. The institute paused exports in March.

“The urgent demand for vaccines in India is bad for the rest of the world,” said Ravi Gupta, a professor of clinical microbiology at Cambridge University.

Some experts warned that conducting a massive inoculation effort now could worsen the surge in a country that is second only to the United States in its number of infections — more than 19.1 million.

“There’s ample evidence that having people wait in a long, crowded, disorderly queue could itself be a source of infection,” said Dr. Bharat Pankhania, a senior clinical lecturer specializing in infectious diseases at Britain’s University of Exeter. He urged India to first stop the circulation of the virus by imposing “a long, sustained, strictly enforced lockdown.”

Pankhania cautioned that immunization efforts alone would not help immediately stem the current spike of Covid-19, since shots “only start to bear fruit in about three months’ time.” Vaccination would help prevent future waves of infection, he said.

India is also importing shots from the Russian makers of Sputnik V. The first batch was due to arrive Saturday. Another 125 million doses of Sputnik V will be distributed by an Indian pharmaceutical company later this year.

Given the urgent need for vaccines, some experts said rationing available doses is critical.

“Vaccines need to be delivered to the areas with the most intense transmission,” Gupta said, explaining that vaccines should be used as “emergency control measures” in specific regions of India rather than offering doses to all adults across the subcontinent.

Pankhania said the widely seen images of Indian virus patients gasping for air and smoke billowing from makeshift funeral pyres should spur rich countries to share their vaccines more freely. He criticized the approach taken by many Western countries that are attempting to vaccinate all citizens, including younger people at low risk, before sharing any doses.

“It is better globally to immunise all the (vulnerable) people that need to be protected rather than to immunize entire populations in only some countries,” Pankhania said.