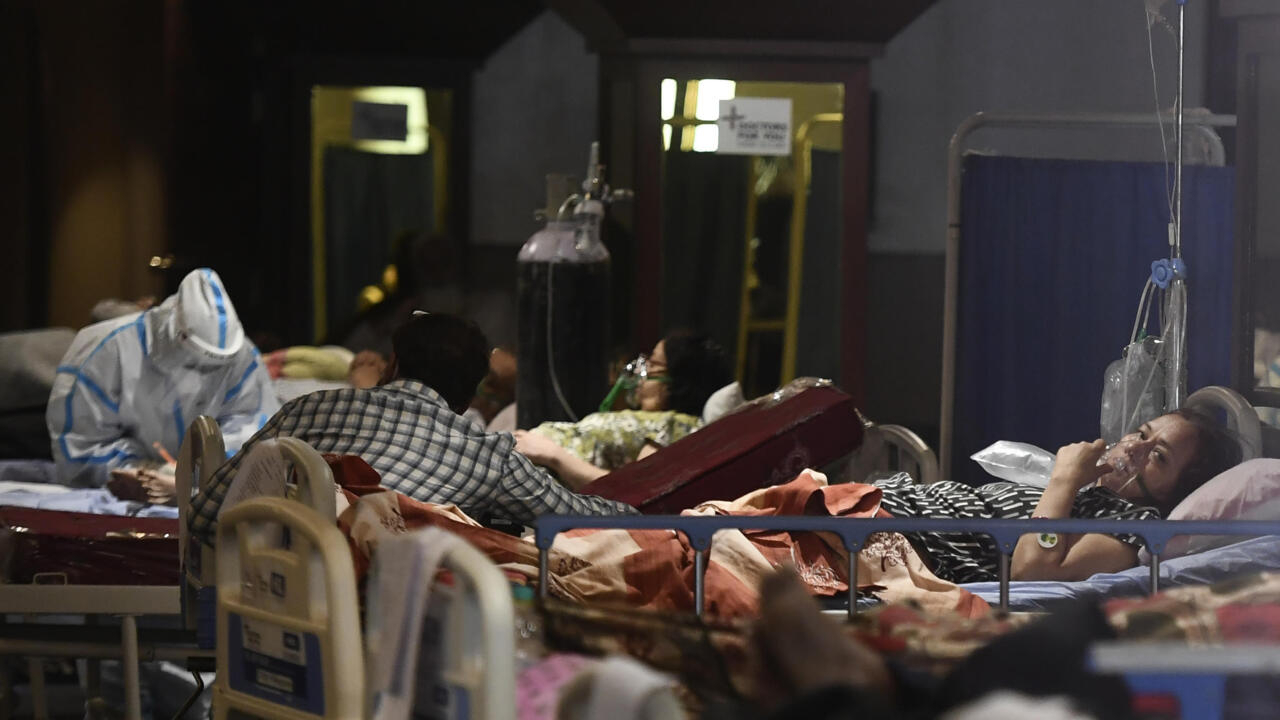 The first US emergency aid to India arrived on Friday as the country battles a devastating surge in Covid-19 cases which has overwhelmed hospitals and crematoriums.

India is currently recording a world record infection rate of more than 370,000 cases and 3,600 deaths a day and a huge international aid operation has been launched with dozens of countries promising help.

The delivery, which flew in from the Travis military base in California, followed talks this week between US President Joe Biden and India’s Prime Minister Narendra Modi.

“The United States is delivering supplies worth more than $100 million in the coming days to provide urgent relief to our partners in India,” State Department spokesman Ned Price said Thursday.

US officials said the special flights, which will also bring equipment donated by companies and individuals, will continue into next week.

Japan became the latest to offer help, announcing Friday it would despatch 300 oxygen concentrators and 300 ventilators to India.

“Japan stands with India, our friend and partner, in her efforts to fight (the) Covid-19 pandemic through this additional emergency assistance,” the foreign ministry said.

Hundreds of thousands of doses of Covid-19 shots as well as raw materials to produce vaccines and medicines were also being sent, he said.

“It is an unprecedented situation,” Shringla said.

India has seen around 18.5 million infections, including more than six million this month. More than 200,000 have died, although many experts suspect the real figure is much higher.

In many areas outside the main hotspots of New Delhi and Maharashtra, hospitals are running out of beds as relatives of the sick desperately hunt for medicines and oxygen cylinders.

Many crematoriums are facing shortages of wood because of the surge in deaths, with each pyre requiring between 300 and 400 kilos (700-900 pounds) of wood.

Some in the western city of Surat have started using wood that is not entirely dry and crop waste, pouring petrol on the pyre so that the wet wood burns properly.

Kamlesh Sailor, manager of the Kurukshetra Crematorium in Surat said they were setting up four new wooden pyre stands.

“This will be in addition to the existing eight wooden pyre stands and five gas furnaces that are in use round the clock,” Sailor said.

The Indian government will open vaccinations to all adults from Saturday, meaning around 600 million more people will be eligible.

Several states have warned, however, they do not have sufficient stocks and the expanded rollout is threatened by administrative bickering, confusion over prices and technical glitches on the government’s digital vaccine platform.

Financial hub Mumbai, one of the major cities reeling from the new wave, said late Thursday that it would halt inoculations from Friday to Sunday “owing to non-availability of vaccine stock”.

Until now, only “frontline” workers like medical staff, people over 45 and those with existing illnesses have been given the AstraZeneca shot or Bharat Biotech’s homegrown Covaxin.

But even this more modest programme has faltered.

So far around 150 million shots have been administered, equating to 11.5 percent of the population of 1.3 billion people. Just 25 million have had two shots.