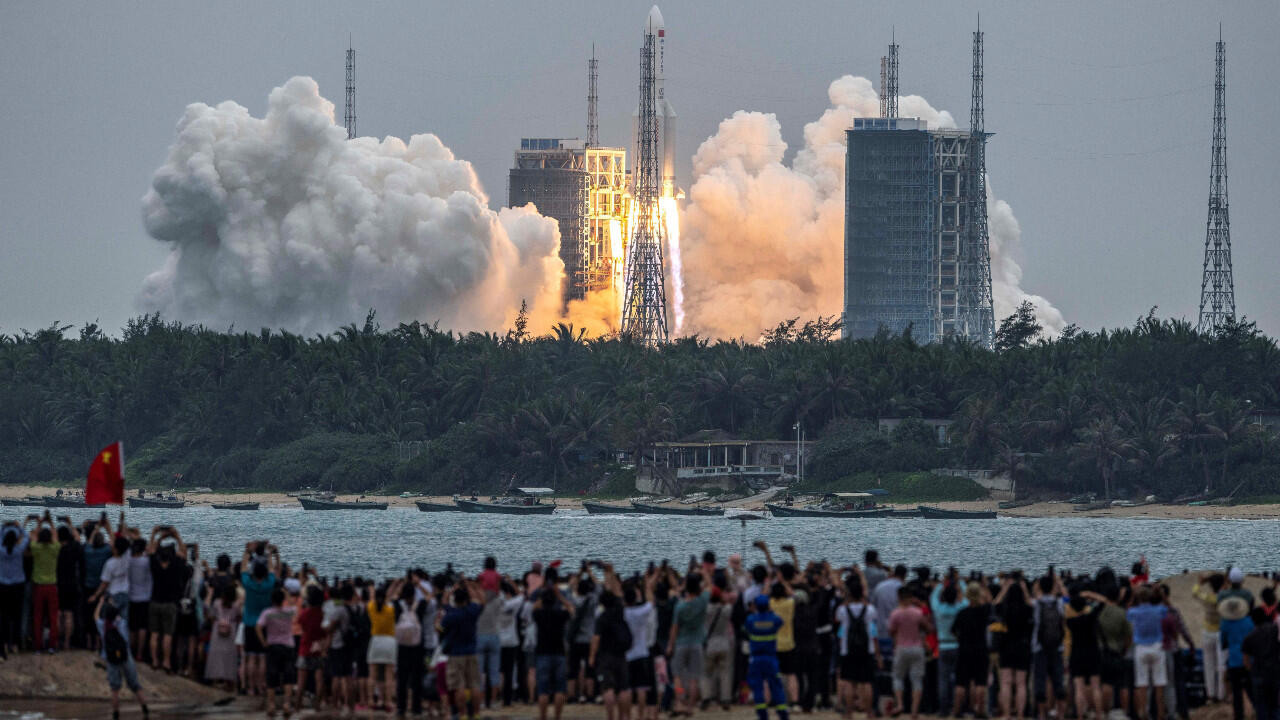 China launched an unmanned module on Thursday containing living quarters for three crew on a permanent space station that it plans to complete by the end of 2022, marking another major advance for the country’s space exploration.

The module, named “Tianhe”, or “Heavenly Harmony”, was launched on the Long March 5B, China‘s largest carrier rocket, from the Wenchang Space Launch Centre on the southern island of Hainan.

Tianhe is one of three main components of what would be China’s first self-developed space station, rivalling the only other station in service – the International Space Station (ISS).

The ISS is backed by major countries including the United States, Russia and Japan. China was barred from participating in the ISS due to US objections over the Chinese programme’s secretive nature and close military ties.

Tianhe will form the main living quarters for three crew members in the Chinese space station, which will have a life span of at least 10 years.

The Tianhe launch was the first of 11 missions needed to complete the space station, which will orbit Earth at an altitude of 340 to 450 kilometres (211-280 miles).

In the later missions, China will launch the two other core modules, four manned spacecraft and four cargo spacecraft.

The space programme is a source of huge national pride, and Premier Li Keqiang and other top civilian and military leaders watched the launch live from the control center in Beijing.

A message of congratulations from state leader and head of the ruling Communist Party Xi Jinping was also read to staff at the Wenchang Launch Center.

The launch furthers the “three-step” strategy of building up China’s manned space programme and marks “an important leading project for constructing a powerful country in science and technology and aerospace,” Xi’s message said.

Thursday’s launch comes as China is also forging ahead with crewless missions, particularly in lunar exploration. It has landed a rover on the little-explored far side of the moon.

A Chinese probe carrying a rover is also due to set down on Mars sometime around the middle of next month, making China only the second country to successfully accomplish that after the US.

China has prioritised space exploration in recent years, with the aim of becoming a major space power by 2030.

By 2045, it hopes to establish a programme operating thousands of space flights a year and carrying tens of thousands of tonnes of cargo and passengers.

Shooting outside Paris hospital leaves at least one dead