After Testing the World’s Limits, Putin Steps Back From the Brink 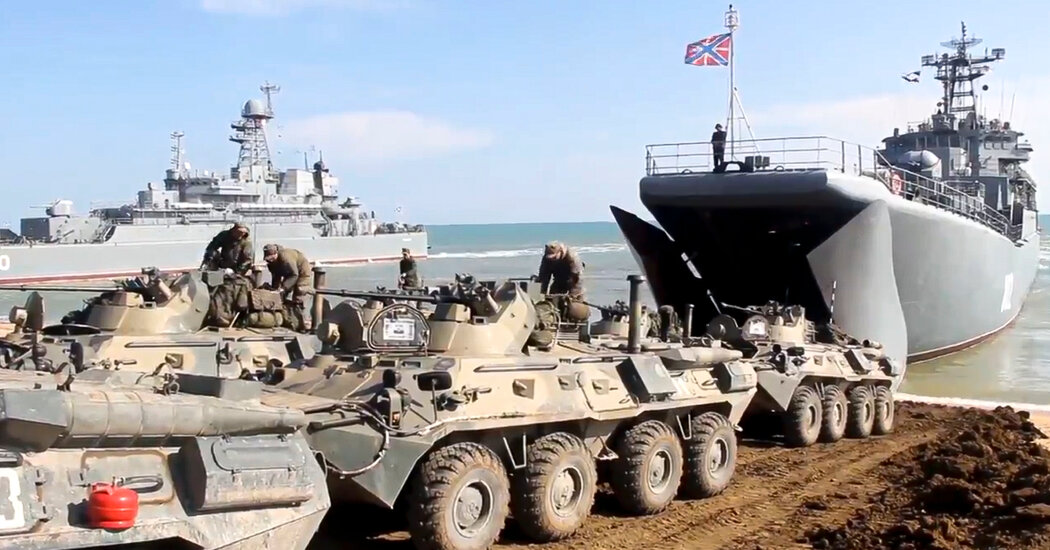 On Thursday, Mr. Putin’s defense minister announced a partial pullback of troops, a step welcomed by Ukraine’s president in a nervous Kyiv. Mr. Putin held out an olive branch to President Biden by appearing at his online climate summit. And on Friday, Mr. Navalny said his hunger strike demanding better medical care had “achieved enough” after he was examined twice by civilian doctors.

“No matter how much the system tries to show itself to be a deaf-mute, thousand-ton monolith, it in fact continues to react to pressure from inside and outside,” a top aide to Mr. Navalny, Leonid Volkov, posted on Twitter.

In Mr. Medvedev’s article interpreting the week’s events published on Friday morning, he compared the current state of world affairs to the Cuban Missile Crisis of 1962, when the United States and the Soviet Union came to the brink of nuclear war. The problem today, unlike the original Cold War war, he wrote, was that the United States no longer respected Russia’s strength.

“If the consequences of victory are so great that they put in question the continued existence of the victor, then this is not a victory,” Mr. Medvedev, the deputy chairman of Mr. Putin’s Security Council, wrote in a not-so-veiled reference to Russia’s nuclear arsenal.

A risk of Mr. Putin’s escalatory approach to foreign policy is that he may need to up the ante to achieve the desired effect. That was the case with Russia’s troop buildup near Ukraine. While the war in eastern Ukraine has lasted since 2014, with Moscow sending arms and men to the separatists it backs, the Kremlin had not since the outset of hostilities threatened as explicitly to openly invade Ukraine as it did in recent weeks.

Mr. Pavlovsky, who advised the Kremlin until 2011, compares Mr. Putin’s system to a ratchet: a mechanism that, even with occasional pauses, can only turn in one direction.

“When the system is all built on the principle of escalation, it cannot pull back in earnest,” he said.

From Shutdown to Reopening: A Timeline of NYC Schools Through the Pandemic