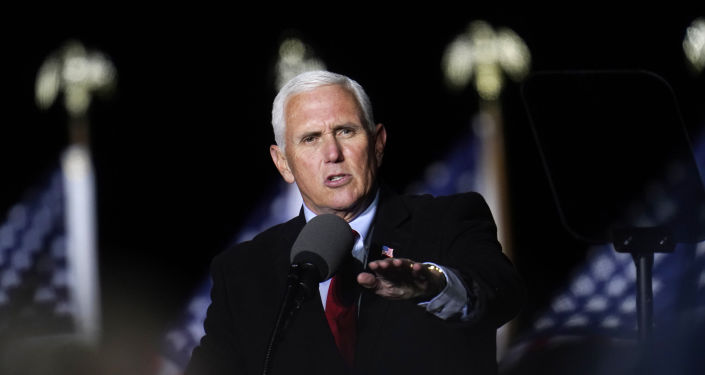 Simon & Schuster, a publisher, has decided not to put on ice a multi-million-dollar book deal with the former US VP Mike Pence.

A petition to drop a contract to publish two of Pence’s books and vow not to sign any future deals with former members of the Trump administration was circulated by employees recently.

It also called on the company to end its distribution deal with Post Hill Press, which is slated to publish a book by Jonathan Mattingly, the Louisville police officer who was shot by Breonna Taylor’s boyfriend. Simon & Schuster decided to drop the deal amid a public outcry.

“The events of the past week have affirmed that Simon & Schuster has chosen complicity in perpetuating white supremacy by publishing Mike Pence and continuing to distribute books for Post Hill Press,” the petition reads.

The petition also claims that by publishing the books, the company “is generating wealth for a central figure of a presidency that unequivocally advocated for racism, sexism, homophobia, transphobia, anti-Blackness, xenophobia, misogyny, ableism, islamophobia, antisemitism, and violence.”

The CEO of Simon & Schuster, however, told employees in a letter that the company will be going ahead with publishing the books:

“As a publisher in this polarised era, we have experienced outrage from both sides of the political divide and from different constituencies and groups,” Karp said in his letter.

“But we come to work each day to publish, not cancel, which is the most extreme decision a publisher can make, and one that runs counter to the very core of our mission to publish a diversity of voices and perspectives.”

The company applies a “rigorous standard” to acquiring books “regardless of where those authors sit on the ideological spectrum or if they hold views that run counter to the belief systems held by some of us”, the CEO said.

A Dance of Joy: Golden Retriever Can’t Wait to Have His Dinner