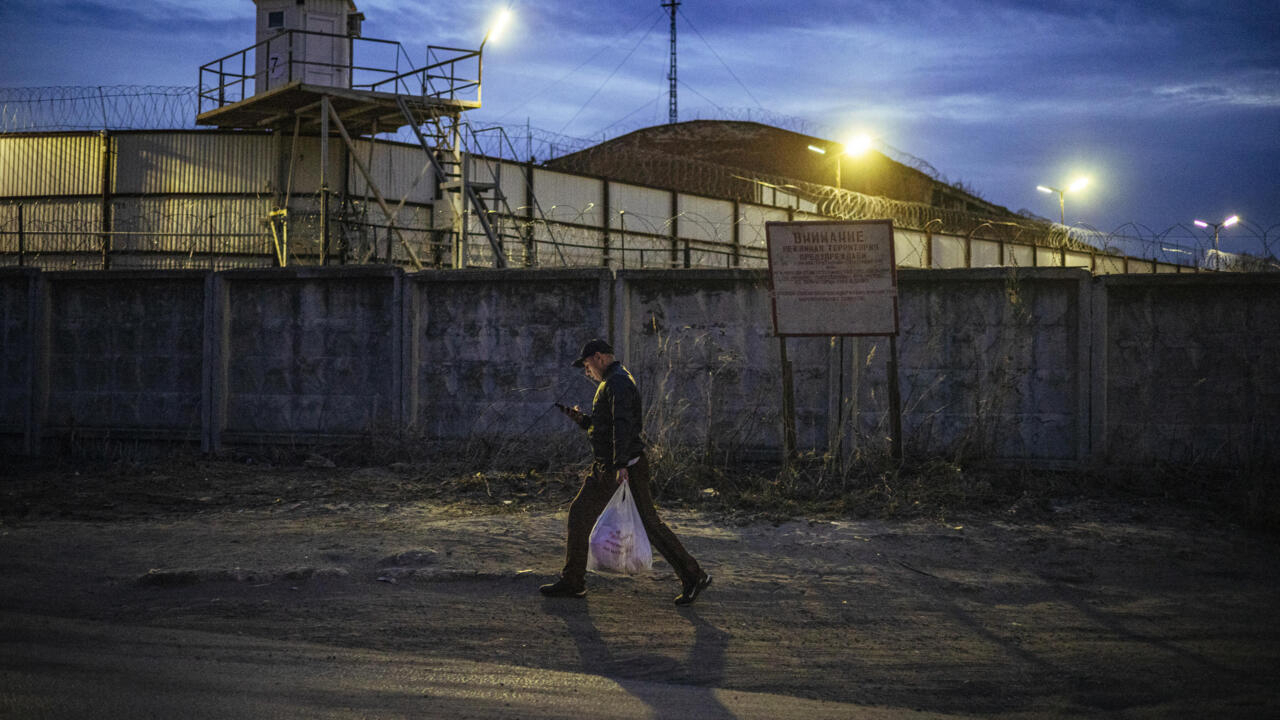 Alexei Navalny’s doctors were again denied access Tuesday to the jailed Kremlin critic, as lawyers for the hunger-striking opposition figure said he was “very weak” and demanded he be transferred to a civilian hospital.

A team of medics has been trying to see the 44-year-old since early this month, after Russian President Vladimir Putin’s most outspoken opponent began refusing food on March 31 to demand proper medical treatment for a litany of ailments.

The United States sought to up the pressure again on Tuesday urging Russia “immediately” to allow independent doctors to see Navalny.

“We call on them to allow for access to necessary and independent medical care immediately,” State Department spokesman Ned Price said.

Russian authorities were “responsible for his deteriorating health state,” he added.

Nearly three weeks into his hunger strike, doctors over the weekend warned that Navalny’s health was failing so rapidly he could die at “any minute”, and Washington threatened Moscow with “consequences” in the event of his death.

Navalny’s lawyer Olga Mikhailova told reporters outside the prison hospital Tuesday afternoon that he had become “very weak” and that “it’s hard for him to speak and sit up”.

That assessment came after a team of physicians including Navalny’s personal doctor Anastasia Vasilyeva travelled Tuesday morning to the prison medical facility beyond Moscow where Navalny was moved this week but were barred from seeing him.

Mikhailova and another lawyer were given access. They said Navalny had agreed to a glucose drip and was given one on Sunday, but noted that nurses had failed multiple times to find his vein, citing that as evidence that the prison infirmary was not up to the task.

“Medical care in this particular case is not being given,” Mikhailova said.

“He must be transferred to a civilian hospital in Moscow so that he can receive all the necessary assistance to prevent him from dying here.”

In a post on Instagram published after the lawyers visited Navalny compared himself to a “skeleton wandering in a cell”.

‘Allow a doctor to see my dad’

Concern is growing in the West over Navalny’s condition.

“We are very worried and are trying to use our influence,” she said.

Navalny’s family members have also spoken up in recent days.

“Allow a doctor to see my dad,” his daughter Dasha Navalnaya tweeted Sunday.

In an Instagram post on Tuesday, the Kremlin critic’s mother Lyudmila Navalnaya called on authorities to “admit independent, civilian doctors to Alexei”.

The Kremlin however has dismissed the foreign outcry and said that Navalny does not deserve special treatment.

Navalny is serving a two-and-a-half-year sentence for violating parole terms on old fraud charges he says are politically motivated.

He was arrested in January on his return to Russia from Germany, where he had spent months recovering from a poisoning attack with the Novichok nerve agent. He blames the attack on Putin, a claim the Kremlin has repeatedly denied.

The European Union and the United States have imposed sanctions on Russia over the poisoning, and on Monday threatened Moscow with further penalties in the event of Navalny’s death.

Navalny launched his hunger strike demanding proper medical treatment over severe back pain and numbness in his limbs.

His team said over the weekend that blood tests indicated Navalny could be suffering from impaired kidney function and risked cardiac arrest.

Russia’s prison service insisted his condition was “satisfactory”, despite moving him to the medical facility, and said he was taking vitamin supplements as part of his treatment.

Navalny’s team has called on supporters to take to the streets on Wednesday—when Putin is due to deliver his annual state of the nation address—to protest against how he is being treated.

On Tuesday it said rallies would take place in over 100 cities nationwide, as officials in Moscow said they had denied the team’s request to hold a protest in the capital due to the coronavirus pandemic.

It added that a third in the southern city of Volgograd was ordered held behind bars for 25 days.

“They have begun jailing our coordinators for a rally that has not yet happened,” the team tweeted.

Merkel on Sputnik V Vaccine: I Think It Should Be Used in EU Once It’s Registered