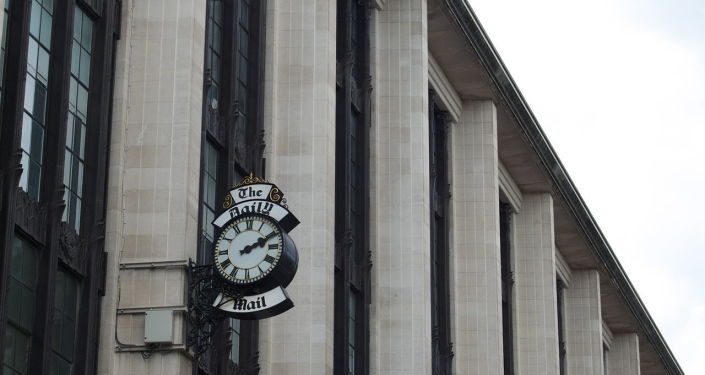 The suit was filed in a Manhattan federal court and accuses the Mountain View-based firm of deranking content publishers for failing to sell sufficient advertisements on Google’s Marketplace, according to the report.

According to a spokesperson for the tabloid, coverage of the Royal Family had been deranked in Google’s search results.

The spokesperson added its coverage of the Royal Family had not shown in search engine keyword results, including “Meghan and Harry” or “Piers Morgan”.

The suit also stated “Project Bernanke”, a secret programme in a separate Texas lawsuit against Google, allowed the tech firm to monitor bidding behaviours of rivals.

The Daily Mail’s owner is Associated Newspapers Ltd, and has a US-based subsidiary Mail Media Inc.

Google has not immediately responded for comment, but previously denied allegations of misconduct on its advert algorithms.

The Daily Mail has an audience of roughly 75m unique monthly visitors in the US, the lawsuit noted, adding Google must end its alleged misconduct and become more transparent on its news algorithms.

Figures from research firm eMarketer found Google owns a 29 percent share of digital adverts in the US in 2020.

Google has been targeted in recent months, namely after it reached an agreement with a French publishers organisation over similar concerns. Alliance de la presse d’information générale (APIG) and the US company agreed to resolve disputes over individual licence agreements on copyright payments and media content published on the platform, it was reported in January.

Apple Greenlights Return of Updated Parler App to Its Store